How Green Are Electric Cars? Here's Why They Are Absolutely Better For the Environment

Electric vehicles are an incredible climate change solution that will help us transition away from dirty fossil fuels. When it comes to their overall environmental footprint, you might be wondering just how green are they? (Answer: very, especially when considering their lifetime emissions vs gas cars). 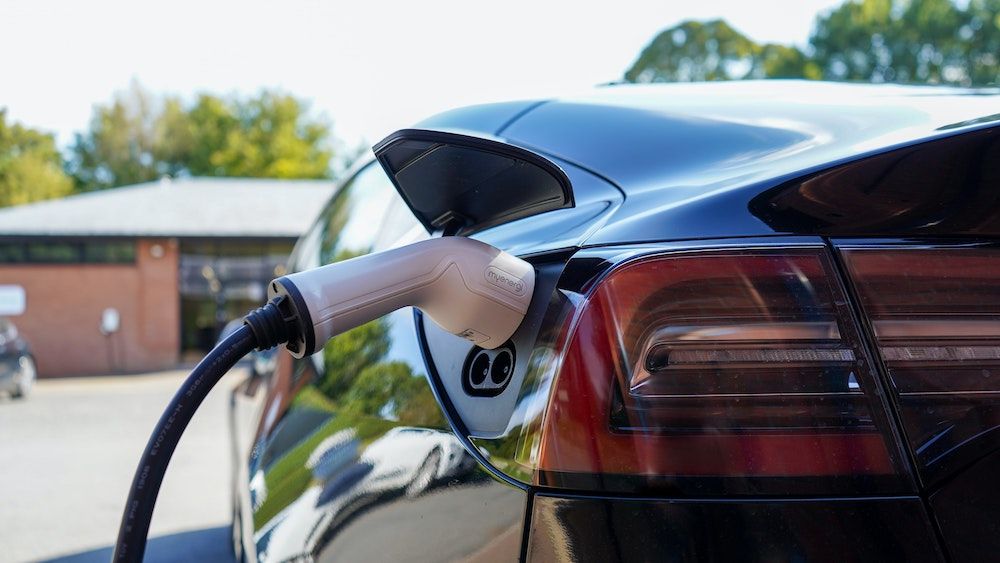 A few years ago, electric cars were a rarity reserved for tech-savvy and environmentally conscious drivers, but Teslas have now become mainstream in U.S. roads, and legacy carmakers such as Ford and GM plan to launch scores of new electric vehicles.

They are not alone. Major carmakers in Europe and Asia are also investing tens of billions of dollars to design and manufacture dozens of new electric vehicles that will take over the world’s roads in the next few decades.

The U.S. Energy Information Administration (EIA) forecasts that EVs will grow from under 1% of the global light-duty vehicle fleet in 2020 to 31% in 2050, reaching 672 million units.

However, when it comes to EV adoption, the U.S. is well behind China and several Scandinavian countries that have made solid efforts to electrify their transportation systems.

In a bid to remedy that, the Biden administration recently unveiled a plan under which half of all the new vehicles sold by 2030 will be zero-emissions vehicles—which include fully electric, hybrid, and fuel cell vehicles.

This target, as well as plans to build thousands of EV chargers across the U.S., is the centerpiece of Biden’s drive to decarbonize the transportation sector, which accounts for about 30% of the country’s total emissions.

But are electric vehicles really the “greenest” option to go places? Yes, yes they are. Let’s take a deep dive and learn why buying an EV is an environmentally friendly decision.

How do EVs benefit the environment?

No tailpipe, no emissions

The most environmentally-friendly thing about electric cars is that they don’t have tailpipes because they’re powered by lithium-ion rechargeable batteries, instead of combustion engines. That means that they don’t directly emit carbon dioxide into the atmosphere—or any other gases or fumes, for that matter.

Research shows that traditional gas cars typically convert just 12%-30% of the energy contained in the fuel they use, with the remainder being wasted as it is turned into heat or lost through mechanical processes.

Electric cars, however, are much more efficient because they turn about 80% of the energy they use into movement, and can even reach up to 100%. That basically means that to take people from A to B, an electric car would use substantially less energy than a gas vehicle!

And let’s not forget that, as well as carbon dioxide, tailpipes spit out plenty of pollutants including nitrogen oxide, carbon monoxide, particulate matter, and formaldehyde. These toxins stay at ground level and contribute to a wide array of respiratory ailments to humans, including asthma and bronchitis, and some recent studies show that they are linked to dementia and other neurological disorders.

On top of that, gas vehicles cause noise pollution and feature liquids such as oil, transmission fuel, and coolants that create a lot of waste because they need to be changed regularly. EVs, on the other hand, are whisper quiet and require two or three times less engine fluid than traditional vehicles.

Dispelling some perceived eco issues when it comes to EVs

The electricity used for charging them is “dirty”

Critics will say that even with all the benefits of electric vehicles, EVs are still responsible for emissions due to their charging. That's because fossil fuel burning produced about 60% of the electricity generated in the U.S. in 2020, including the power that is used to charge many EVs—whether at your home or at a charging station. (Though in countries that rely on renewable sources to produce virtually all of their electricity, such as Iceland, Norway, and Paraguay, EVs are linked to far fewer indirect emissions because the energy used to charge the vehicles is not being generated by fossil fuel sources.)

There are a two big reasons why this argument is flimsy.

First: The U.S. power grid is gradually getting cleaner thanks to massive investments in wind and solar. And, even if, hypothetically, all the electricity produced in the country came from plants that burn coal or oil, EVs would still be better for the environment than internal combustion engine (ICE) cars—fancy talk for gasoline cars—which are incredibly wasteful.

Second: In a game-changing study by the International Council on Clean Transportation (ICCT), analysis found that lifetime emissions for an EV in the U.S. are between 60-68% lower compared to that of a gas-guzzling vehicle. This study was a major breakthrough that debunks one of the loudest arguments against EVs.

As the U.S. continues our aggressive transition to clean energy, you can feel good about the electricity used to charge your EV—no matter where you're doing it.

High manufacturing and production emissions from their batteries

The truth is, yes, EVs are powered by large rechargeable batteries that can weigh well over a ton—and battery production is an energy-intensive process.

More energy means higher greenhouse gas emissions because a handful of countries that rely heavily on fossil fuels to produce electricity—namely China, South Korea, and Japan—have a stronghold on global battery production. In addition, EV batteries feature scores of metals and minerals, including cobalt, lithium, nickel, manganese, and rare earth elements, all of which have to be extracted—often from far away countries—processed, refined, and transported.

A 2021 analysis by the Wall Street Journal found that to manufacture a Model 3, Tesla emits 12.2 tones of greenhouse gases, 65% more emissions than the Toyota RAV4.

But thanks to the same ICCT study that looked at lifetime emissions, this concern isn't as impactful as it seems on the surface.

The ICCT report suggests that battery manufacturing lifecycle emissions debt is quickly paid off. The report says: “An electric vehicle’s higher emissions during the manufacturing stage are paid off after only 2 years compared to driving an average conventional vehicle, a time frame that drops to about one and a half years if the car is charged using renewable energy.”

Additionally, the report says that grid decarbonization offers a significant opportunity to reduce the impact of battery manufacturing.

From the report: “The emissions from battery manufacturing are likely to decline significantly in coming decades, especially with the use of cleaner electricity throughout the production cycle. A 30% decrease in grid carbon intensity would reduce emissions from the battery production chain by about 17%. Use of recycled materials and battery chemistries with lower carbon intensity could also reduce emissions in the manufacturing phase. Furthermore, the establishment of a second-life battery market could allow for electric car batteries to support the electric grid for years after their life in the vehicle, which would further reduce the emissions attributable to electric cars. Even as electric vehicles use larger batteries to allow longer electric-range travel, these improvements will allow for lower life-cycle emissions and will further increase electric cars’ life-cycle advantage over internal combustion engine vehicles.”

With all the science, research, innovation and investment going into EV manufacturing and EV battery recycling improvements, there’s no reason to think production emissions won’t continue to be reduced.

EVs are great for the environment (especially compact models, but even electric trucks, too)

Smaller electric vehicles have smaller environmental footprints during the manufacturing stage because they require smaller batteries and much less steel, aluminum, and plastic.

Utility EVs such as the Volkswagen ID 3 and the Renault Zoe are best sellers in the European Union and the quirky Hong Guang Mini is a huge success in China.

It's true that many U.S. carmakers are focusing on larger electric vehicles, following the trail blazed by the Ford F-150 pickup truck, the country’s best-selling car since the 1970s.

In May 2021, Ford unveiled the F-150 Lightning EV and about six months later announced that it was planning to double production capacity to 150,000 units a year due to strong demand.

Similarly, GM, Tesla, and Rivian—an EV startup backed by Amazon—also expect strong demand for the pickup trucks and SUVs they plan to launch in the coming months or years.

While larger EVs do mean larger batteries and potentially higher emissions, the real benefit of these electric trucks is in converting gas truck owners. Introducing an electric alternative for a vehicle that traditionally has been a massive polluter and contributor to global warming (as large trucks and SUVs have) could convince many drivers to go electric when they otherwise would not have.

If you’re serious about slashing your environmental footprint, try not owning a car at all—you will be doing Mother Nature and future generations a big favor! But if you really need a car, your most environmentally friendly choice would be a small EV. Even better, you could try buying a used EV, that way you will ensure that no additional resources are extracted to manufacture your car.