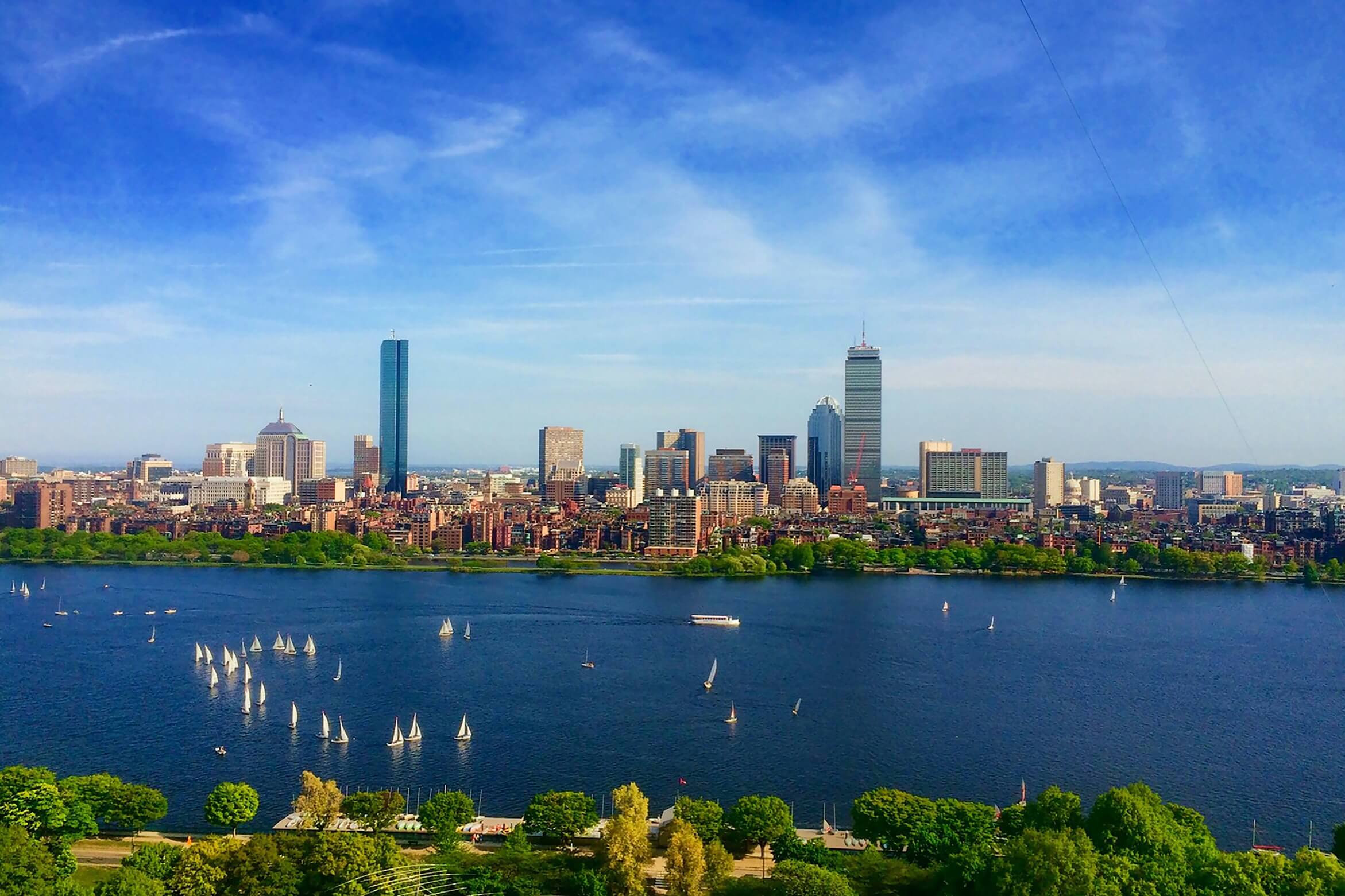 Meet community solar, the easy way to save without rooftop panels

About energy deregulation in MA

Massachusetts residents are no longer forced to get their electricity supply from the utility companies. Deregulation allowed third-party suppliers to compete with utilities to provide electricity for your home or business. More players has led to more competitive prices, meaning you can sometimes find cheaper electricity supply rates in the supplier marketplace than your current utility's basic service offering—or even switch to cleaner electricity (think: renewable sources instead of fossil fuels) at an affordable rate. You still get one bill from your utility, since they still deliver  the electricity to you (they own the transmission lines and the box outside your home)—but the supply rate on your bill would reflect your third-party selection. 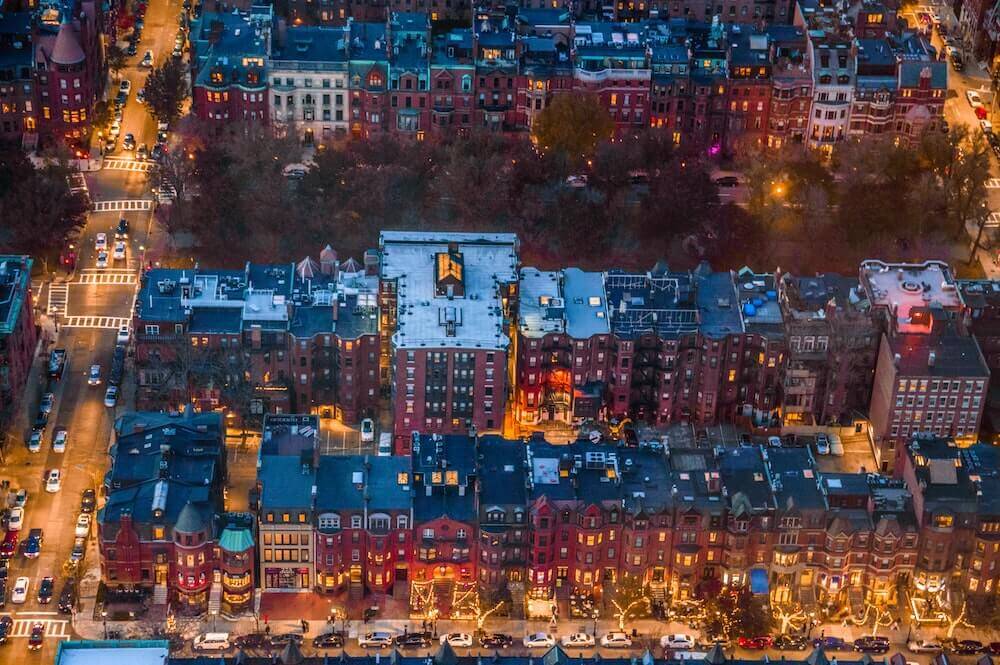 Electricity rates by utility in MA

The cost of each MA utility company's fixed basic service rate across all the areas they serve. This data is meant for informational purposes only, as prices will be different based on your exact zip code.

Low-cost, but not always the cheapest available

As a Massachusetts resident, you might be receiving electricity from one of the three main investor-owned utility companies. If you've never talked with them about your current plan or shopped around yourself for more affordable or cleaner electricity options elsewhere, then you're likely on your utility's basic service offering. Alternatively, it's possible you could be on a Community Choice Electricity plan if available in your area, or your area may have a municipally owned electric company (Municipal Light Plant). But, if you're on your utility's basic service offering, the rate is made up of a few different cost components. Most notably, your utility is usually choosing an electricity supplier who submits to them the cheapest bid. The utility's goal is to pay the least for the electric supply, so they can pass on a low rate to you. The utility then determines, and regulators approve, what it costs them to deliver   the electricity to your home (after all, they still own the equipment, the transmission lines, and the meter at your house, apartment or business. This is the "delivery" charge on your bill. But even still, you can often find a lower rate for a similar electricity plan through a third-party supplier directly—that's the beauty of a deregulated market.

Not always the most eco-friendly energy plan

For the eco-conscious consumer, the utility’s basic service offering also falls short on sustainability and green energy. The basic service consists of what’s called “mixed energy”—that is, the energy is coming from part fossil fuels and part renewables with a higher emphasis on fossil fuels. And while the basic service must include a percentage of renewable energy as mandated by MA's minimal required clean energy standard, it does not exceed that standard like some of the competitive third-party suppliers do. So if cleaner energy is a priority for you, you can find it at more affordable, low-cost rates via the supplier market than through your utility company. 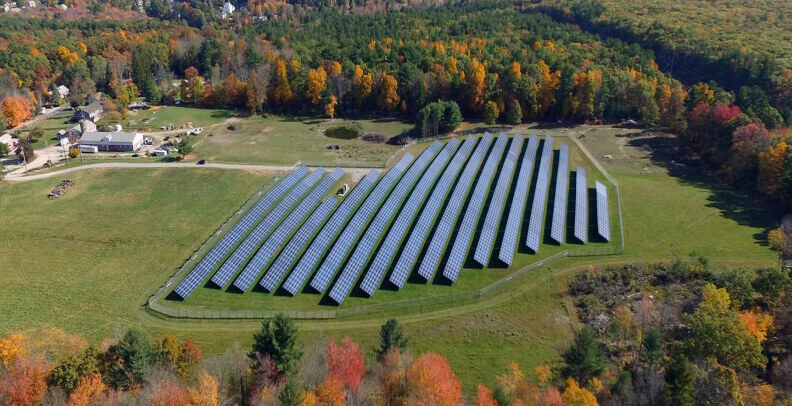 Save on your electricity with community solar—no rooftop panels needed

Community solar allows you to enjoy the cost-saving benefits of solar power without installing rooftop panels. Local solar farms pump clean energy onto the overall electric grid; as a Massachusetts resident or business owner, you can subscribe to a farm and get credited for a share of the power it produces. These credits, enabled by government incentives, are received as a discount on your own electricity costs—like a reward for helping the environment.

There are more than 40 energy suppliers in MA, each offering different electricity rates and mixes of electricity sources. Some of the more prominent suppliers are Constellation, Infinite Energy, North American Power, Sperian Energy and YEP Energy. 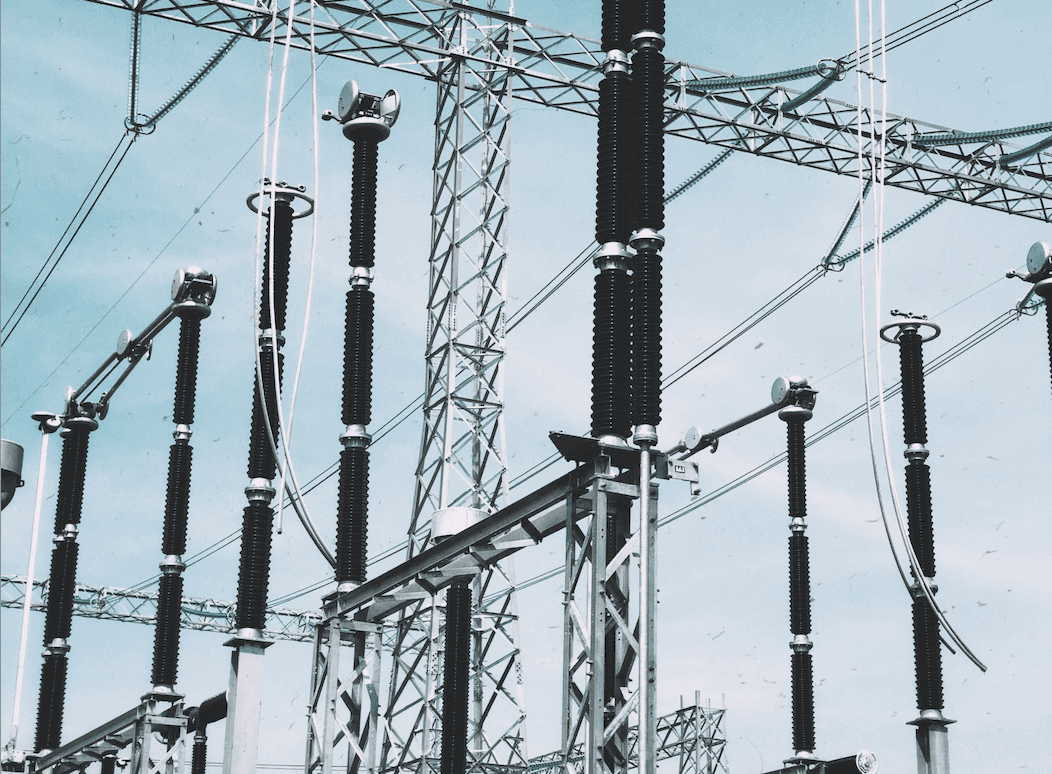 Other electricity programs for some MA residents

In certain cities and towns, residents don’t use one of the three main utility companies—and instead have a dedicated municipally-owned electric company, or Municipal Light Plant (MLP).

Municipal aggregation or Community Choice Electricity is when your city or town negotiates a rate with a third-party supplier on behalf of all residents—often lower than the utility’s basic service rate but not always the cheapest rate available or backed by the cleanest energy.

Taking advantage of MA’s electricity supplier marketplace is the best way to find savings compared to the local utility’s basic service supply rate—or even switch to affordable cleaner energy. But it can be time-consuming and confusing.

See if Perch could help you save >

What sources are generating MA's electricity

Non-renewable natural gas dominates MA's energy generation, but the tides are shifting and renewables are poised to make up significant ground in coming years. Fitting for a coastal state, hydro holds a modest but impactful percentage of current energy generation—coming from the 30 conventional hydroelectric power plants in the state. The most exciting development, however, will be in non-hydro renewables such as solar and wind, each seeing a historical level of support in the form of increased funding, government incentives, research and development. 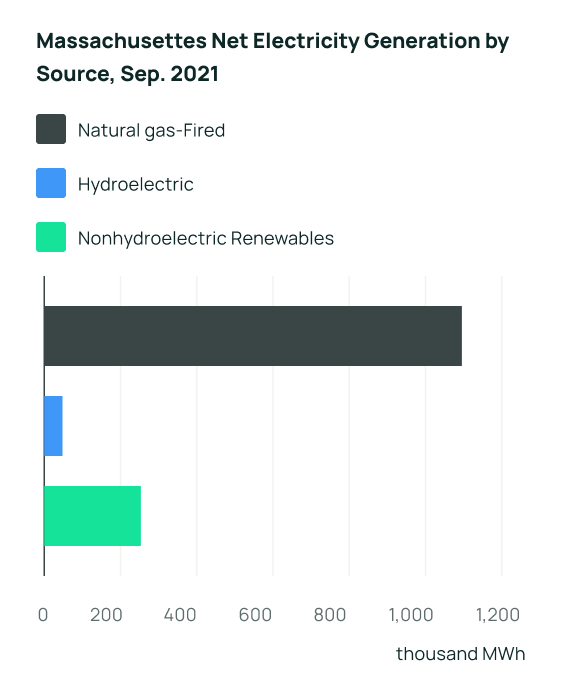 As a renter or homeowner in Massachusetts, your cost of electricity is directly impacted by your individual and household energy usage. The first step to keeping your usage—and your bill—low is understanding what aspects of your home are using up the most power. 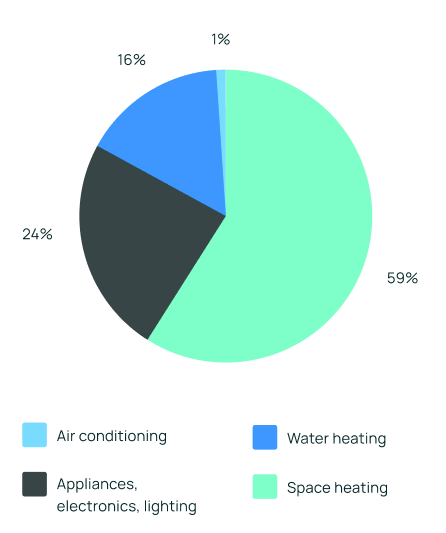 It’s these government regulations and project investments that will continue to transform access to renewable energy in Massachusetts—making it available to everyone at affordable costs. As it becomes easier and more financially beneficial for developers to build (and investors to invest in) renewable energy projects, those savings get passed onto consumers in the form of lower electricity rates on this clean energy. In fact, in many locations across America, it is actually cheaper now to build new wind energy and solar projects than it is to operate existing coal-fired power plants. The days of renewable energy equaling expensive energy are gone. 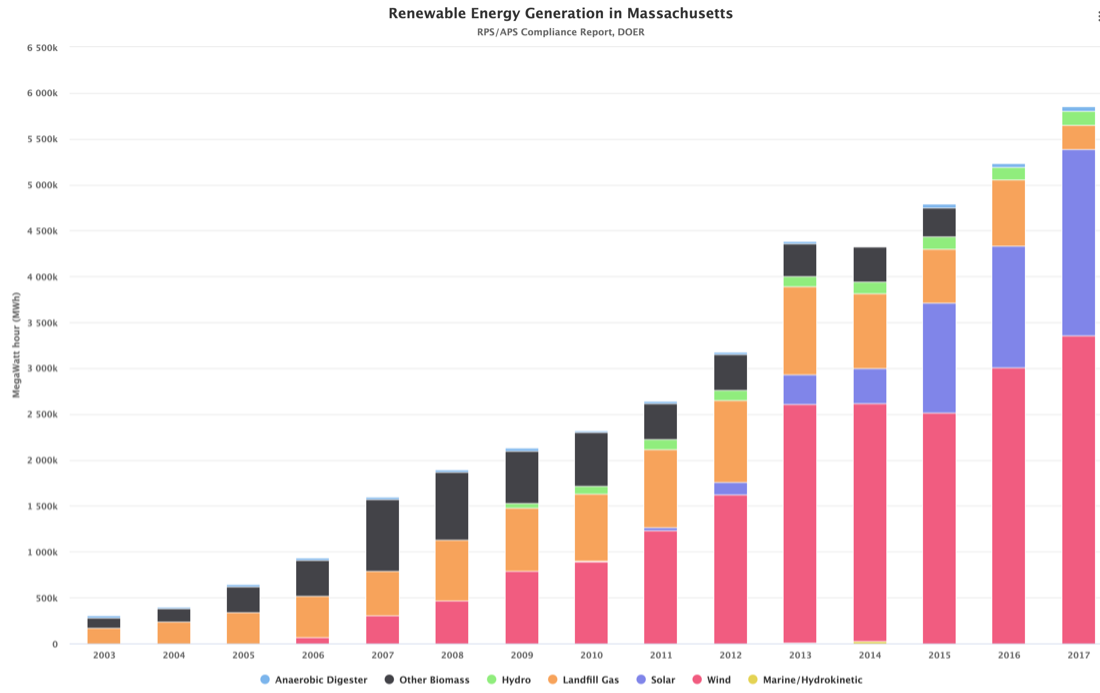 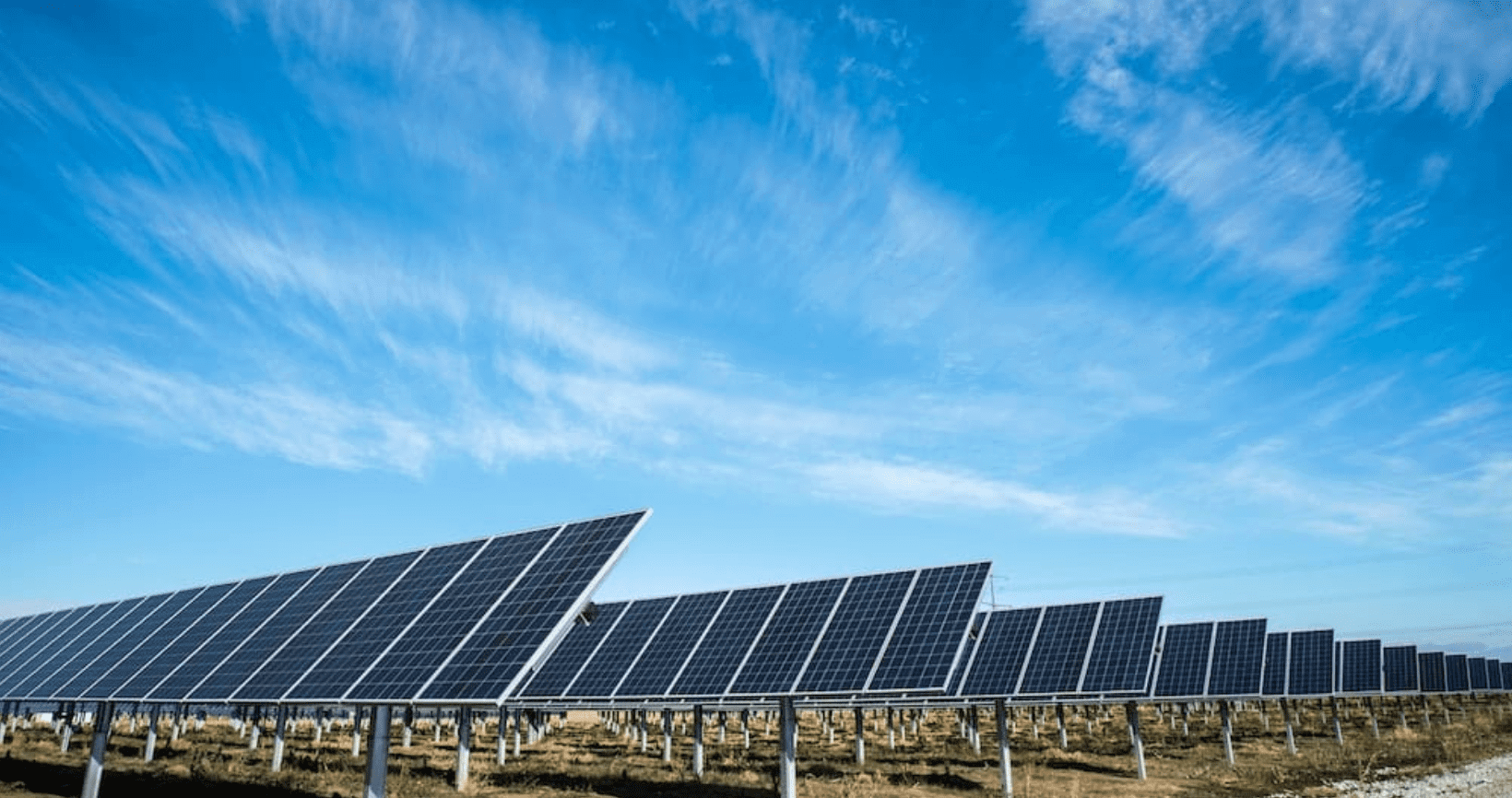 Support clean energy with Perch, get a discount on your electricity

Join Perch and get matched to a local community solar farm. Your “share” of the solar farm represents a portion of its energy generation, which is translated into solar credits that get applied directly to your utility bill reducing what you owe.