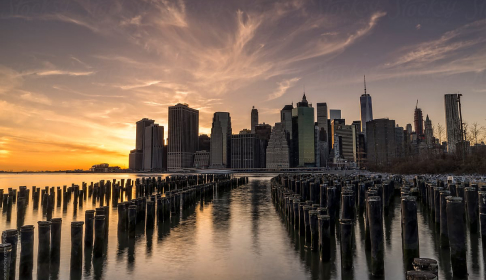 National Grid is one of the largest investor-owned gas and electricity utilities in the world. Officially headquartered in London, National Grid operates in the United Kingdom and also parts of the Northeast United States, including Rhode Island, Massachusetts, and New York. National Grid delivers electricity and gas to over 20 million people throughout the Northeast. In New York, their main service areas include much of the Upstate and Western regions where they provide electricity to nearly 1.6 million customers across 450 cities in New York alone.

*For the fastest service, call the number in your account settings.

New York State Electric and Gas or NYSEG is an electric and gas utility company owned by Avangrid, an energy service and delivery company that serves much of New England and New York. NYSEG's provides gas and electricity to nearly 40% of upstate New York, serving over 900,000 electricity customers. NYSEG traces its roots to a gas light company founded in the mid 1800s, though it wasn't until 1929 that the utility company started going by the name New York State Electric & Gas. Since then, it has been growing its electricity and gas services to incorporate more utility companies and expanding its service area. Today, it operates more than 35,000 miles of electricity distribution lines.

See all areas served by NYSEG >

Central Hudson Gas & Electric Corporation (Central Hudson) is an electric and gas provider that predominantly serves the Mid-Hudson River Valley area, from the suburbs of New York City to Albany. It is a subsidiary of CH Energy Group Inc. Central Hudson formed in 1925 as part of a merger that brought together over 80 gas and electric companies in New York. Today, Central Hudson provides electricity to over 300,000 New York residents and 84,000 gas customers across 2,600 miles of service territory.

See all areas served by CHG&E >

Rochester Gas & Electric is a gas and electricity company that is a subsidiary of Avangrid. RG&E provides electricity to 385,925 customers in nine counties, mainly around Rochester, New York. They also provide gas to 319,737 customers in this area. Like New York State Gas and Electric, Rochester Gas & Electric can trace its roots back to the mid 1800s. It wasn't until 1919 that RG&E was consolidated under its current name. Today, RG&E draws electricity from a variety of sources, and 50% of its power output comes from nuclear.

See all areas served by RG&E >

Consolidated Edison Inc. or Con Edison is an investor-owned energy company that provides gas and electric service to roughly 10 million New Yorkers who live in New York City and Westchester County. Con Edison has been around since 1823—and it has been slowly growing its electricity and gas services since then. Today, Con Edison operates many subsidiaries that provide a variety of electricity services. Con Edison also operates the biggest district steam system in the world, producing over 30 billion pounds of steam per year. The utility company has also recently invested major capital in clean energy solutions including wind and solar projects.

See all areas served by Con Edison in NY >

Orange & Rockland was founded in 1899 through a merger of many smaller gas and electric companies around Nyack, NY. It was then known as Rockland Light and Power Company. After a century of expanding its services, Orange & Rockland became a wholly owned subsidiary of Consolidated Edison, Inc. Today, Orange & Rockland provides electrical services to over 300,000 households across six counties in New York and New Jersey. Their main service area in New York focuses on the northwester suburbs of Manhattan, covering 1,300 square miles.

PSEG Long Island's service territory covers all of Long Island as well as the Rockaways.

Buying directly from an Energy Service Company (ESCO), not your utility

You can find lower rates than the utility offering, but comparing all the different ESCO plans is time consuming

Thanks to deregulation, many New York residents do not have to use their utility's default basic service electricity plan anymore. You may be able to shop the electric supplier marketplace—where Energy Service Companies (ESCOs) are also vying for your businesses, and, in some instances, offering more competitive, cheaper rates.

You can also compare the energy source of the different ESCO supplier plans—like whether they're getting energy backed by fossil fuels (bad for the environment) or renewable sources like wind and solar (good for the environment). For the eco-conscious, that means you can switch to a plan that offers cleaner electricity and reduce your carbon footprint. But comparing rates between ESCO electricity suppliers can be a lot of work. That's where Perch comes in. We take all the hard work of choosing the right electricity supplier off your plate. We'll find you a low-cost plan based on your desired energy preference. And you don't have to do a thing.

Still one bill through your utility company, two charges

From the utility company that delivers electricity to you

From the electric supplier that sells electricity to you

We monitor the electricity market and change your supplier any time
we find a comparable plan with lower supply charges.

Perch helps you navigate all the options in the ESCO marketplace, finding you a better deal

Taking advantage of NY's electricity supplier marketplace is a good way to find savings or switch to cleaner energy. But it can be time-consuming and confusing.

Perch handles all of this for you, automatically. We're always looking out for you, your wallet and the environment.

How Perch helps you support renewable energy in New York