Compare the advantages and disadvantages of hydroelectric energy generation to learn why hydropower is the most productive renewable energy source in the world. 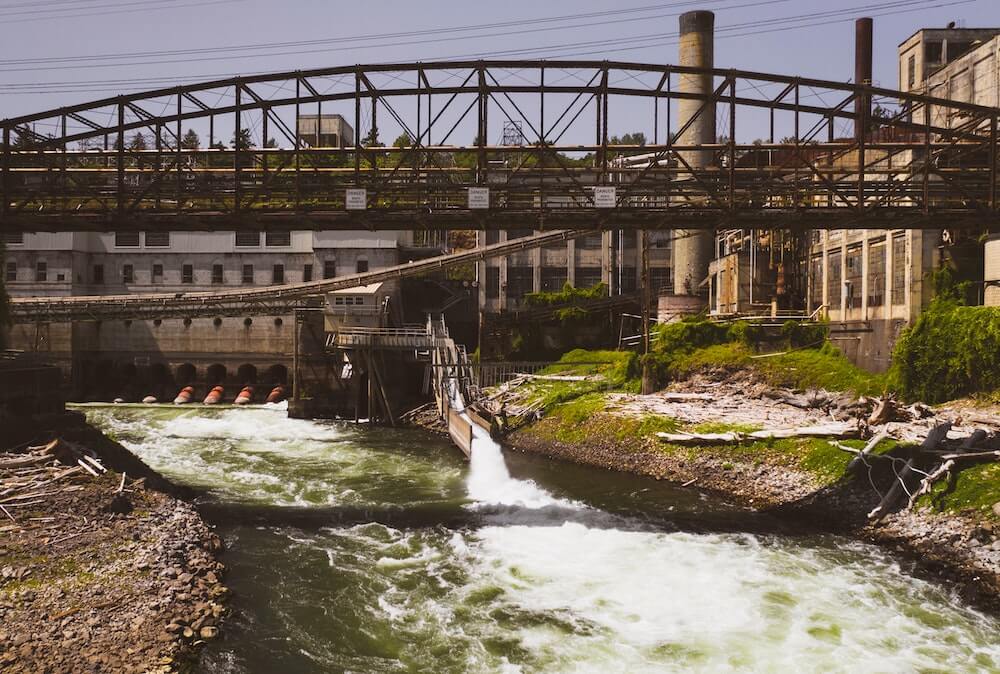 The U.S. Energy Information Administration (EIA) reported that except for natural gas, renewables had outpaced other forms of energy generation in the country by 2020. Even better, the use of renewables to generate power increased by almost double the rate that coal declined.

Though wind power might have slightly outpaced hydroelectric power in the country for the past few years, hydro previously held the lead for many years. Energy produced by either of these renewable sources depends upon climate conditions and seasonal variations. Hydropower still commands the lead for renewable energy products worldwide and often offers the most cost-effective, efficient solution.

Hydroelectric electricity generation still stands as the first and simplest renewable energy and will continue to play a critical role in the future. Learn how hydroelectric power generation works, the advantages and disadvantages of hydropower, and most important, what the future holds for this renewable source of clean energy.

Hydropower is a form of renewable energy that uses moving water to generate electric power. The idea of generating power from flowing water did not just occur recently. Different cultures have relied upon this form of energy for thousands of years in various ways. For instance, the Ancient Greeks powered flour mills with flowing water over 2,000 years ago.

According to America's Library from the National Library of Congress, the first hydroelectric power plant began operating in Appleton, Wisconsin on the Fox River in 1882. Today, about 2,000 hydroelectric plants operate in the United States, and over 62,000 plants generate power across the globe.

How does hydroelectric power generation work?

Hydroelectric power works with straightforward technology. Flowing water typically moves the blades of a turbine, which converts the kinetic energy of the water into electricity. The power plant distributes the generated electricity to customers.

Who relies on hydropower the most?

About 71% of the world's renewable energy comes from hydroelectric generation. The largest producers include China, the U.S., Brazil, Russia, Canada, and India. The EIA says that almost every state in the United States relies on hydropower to some degree. The U.S. states that depend on this renewable energy source the most include Washington, California, Oregon, New York, and Alabama.

What are the advantages of hydroelectric power?

The U.S. Geological Service (USGS) says no form of energy production offers a perfect solution, but at the same time, hydroelectric power can provide numerous advantages.

The USGS praises hydroelectric power for its fast and predictable ability to run from no load up to peak production. Producers can convert this form of renewable energy into electricity and inject it into power grids more rapidly than any other energy source. This benefit makes hydropower an optimal choice for meeting fluctuating consumption needs.

A running hydroelectric plant generates minimal greenhouse gases compared to coal, oil, or natural gas. The USGS also reported that all the hydropower today eliminates the equivalent amount of greenhouse gases that would correspond to burning almost four-and-a-half million barrels of petroleum, which would increase the pace of global warming.

In particular, hydroelectric generation makes other renewable energy solutions such as water and solar power more feasible. Since solar and wind power may vary with climate conditions, a fast and responsive energy source like hydroelectric power plants complements them perfectly. Thus, hydropower can play a significant role in a 100% renewable energy future.

Not only do these renewable power plants create jobs, but they also produce clean energy for use by residents and businesses. Typically, hydropower plants attract commerce, transportation, schools, and other significant development in communities. According to the EIA, this source of reliable and flexible power makes localities more attractive to other developers.

Hydroelectric power relies upon the natural water cycle and does not deplete or contaminate the water that it uses. Reliance on water flow makes it a renewable source of clean energy.

Hydroelectric plants offer many benefits, but developers and users of any energy source need to manage it well to reduce the risks and drawbacks. Some of these drawbacks might apply to almost any energy project, but issues with water diversion apply specifically to hydropower.

Most U.S. dam construction originated to help with flood control, but some were only constructed to produce hydropower. Negative environmental impacts could include obstructions to fish migration and changes in water temperature, silt loads, and water flow.

Engineers and environmentalists have worked together to mitigate these issues. For instance, some sites use fish elevators or ladders and temperature control to help mitigate problems with fish migration and breeding. Still, the consequences of dam construction can also impact the wider environment, including usable land for animals and people.

Manufacturing the concrete and steel used in dam construction may generate greenhouse gases. Most dams remain functional for decades or even centuries, so their long history of generating emission-free electricity can help mitigate this disadvantage.

Building a hydroelectric dam generally requires a significant investment in time and money, with many of these projects requiring multi-year construction projects. Again, completed dams can produce energy from flowing water for many years, eventually offsetting the high costs of implementation.

For example, Kenya relies on hydroelectric power for 66 percent of its energy needs. According to International Rivers, an organization devoted to protecting global rivers, Kenya has experienced drought-related energy shortages for years.

On the other hand, climate change has also increased the risk of floods in some areas. In these cases, dams can offer double the benefits of renewable energy and flood mitigation.

Take a moment to explore the most frequently asked questions about hydropower.

Is hydroelectric power renewable or non-renewable?

Consider hydroelectric power as a low-carbon source of energy, but not completely carbon neutral. For instance, researchers at Washington State University have found that reservoirs often emit methane because of decaying biomass in the water. Overall, hydropower still generates fewer emissions than non-renewable energy sources, like coal or oil. Also, better reservoir management can mitigate emissions. Natural lakes and ponds also emit methane, but biomass tends to get more concentrated in artificial reservoirs.

Hydroelectric plants generate electricity from the energy of flowing water, and they don't consume or waste any of the water in this process. Critics say that disruption to the environment makes large hydropower dams unsustainable. They have called upon project designers to change how they design hydropower stations to reduce changes to river flows and the local environment.

The U.S. Department of the Interior (USBR) called hydropower plants the most efficient way of generating electric power. They described modern plants as 90% efficient and added that these installations don't pollute or consume water. Also, the facilities usually enjoy long useful lifespans and can respond to varying water conditions and energy demands.

Even after accounting for high development costs, the long duration of these plants can also make hydroelectric power one of the cheapest forms of energy.

What is the future of hydroelectric power?

Hydroelectric power should continue to provide a beneficial alternative source of electricity as the world moves towards a cleaner. greener energy grid. When appropriately managed, hydropower can deliver an efficient, sustainable, renewable, flexible, and cost-effective solution. In addition, electricity generated by hydroelectric plants can combine with other renewable energy sources to meet varying climate conditions and demands. Thus, hydropower remains the most common global renewable energy source.

At the same time, environmental activists, engineers, and scientists study the sometimes-serious drawbacks of various methods of hydroelectric power generation. These include development costs and ecological changes. In the future, developers must review older plants and design newer ones to mitigate risks. To achieve this critical goal, The Office of Energy Efficiency and Renewable Energy established these guidelines for hydroelectric power in the future:

With these guidelines in mind, plus advances in technology, lessons learned from experience, and new market mechanisms, The Department of Energy (DOE) predicts that hydroelectric power should continue to grow by about 50% by 2050 in the United States alone. This production capacity could supply about 35 million homes with electricity and save over $200 billion in costs from environmental damage alone.