LED vs CFL: Which Lightbulb Is Most Energy Efficient

Your guide to picking the most energy-efficient lightbulb on the market. 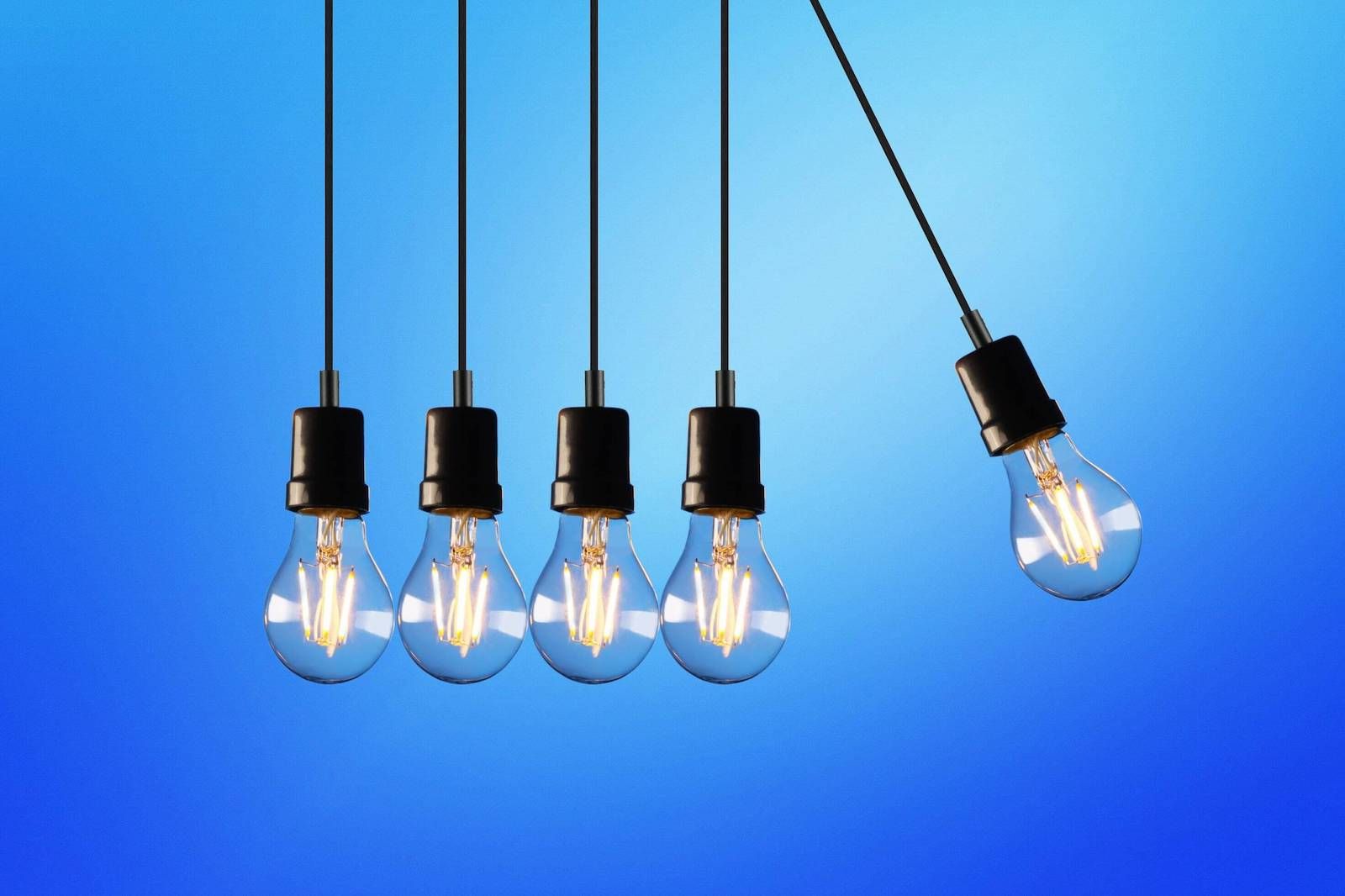 The days of incandescent lightbulbs are coming to an end as more energy-efficient and cost-effective lighting technologies are taking their place.

Today, most experts recommend that you should be using either compact fluorescent lamps (CFLs) or light-emitting diodes (LEDs) to light your home. But which of the two bulbs are better? Which are better for the environment? What are the advantages of CFLs vs LEDs?

In order to answer these questions, we’ve broken down some of the key things about CFLs and LEDs.

How do CFLs and LEDs work?

The main difference between CFLs and LEDs is how they generate light.

While you may have never heard of CFLs before, you’ve likely seen them. Think lightbulbs with the curly tube inside of them. Here’s how they work:

When you turn on a CFL, you’re sending electricity through a tube that contains some chemicals (argon and mercury) that emit ultraviolet light. This ultraviolet light, though invisible to the human eye, strikes a fluorescent coating (phosphor) on the inside of the tube, and over the course of a few minutes, that excited coating beings to emit visible light. CFLs take more energy to get started than they take to run, and they also take a minute or two to warm up, but once they’re running, they use about 70% less electricity than traditional incandescent bulbs. 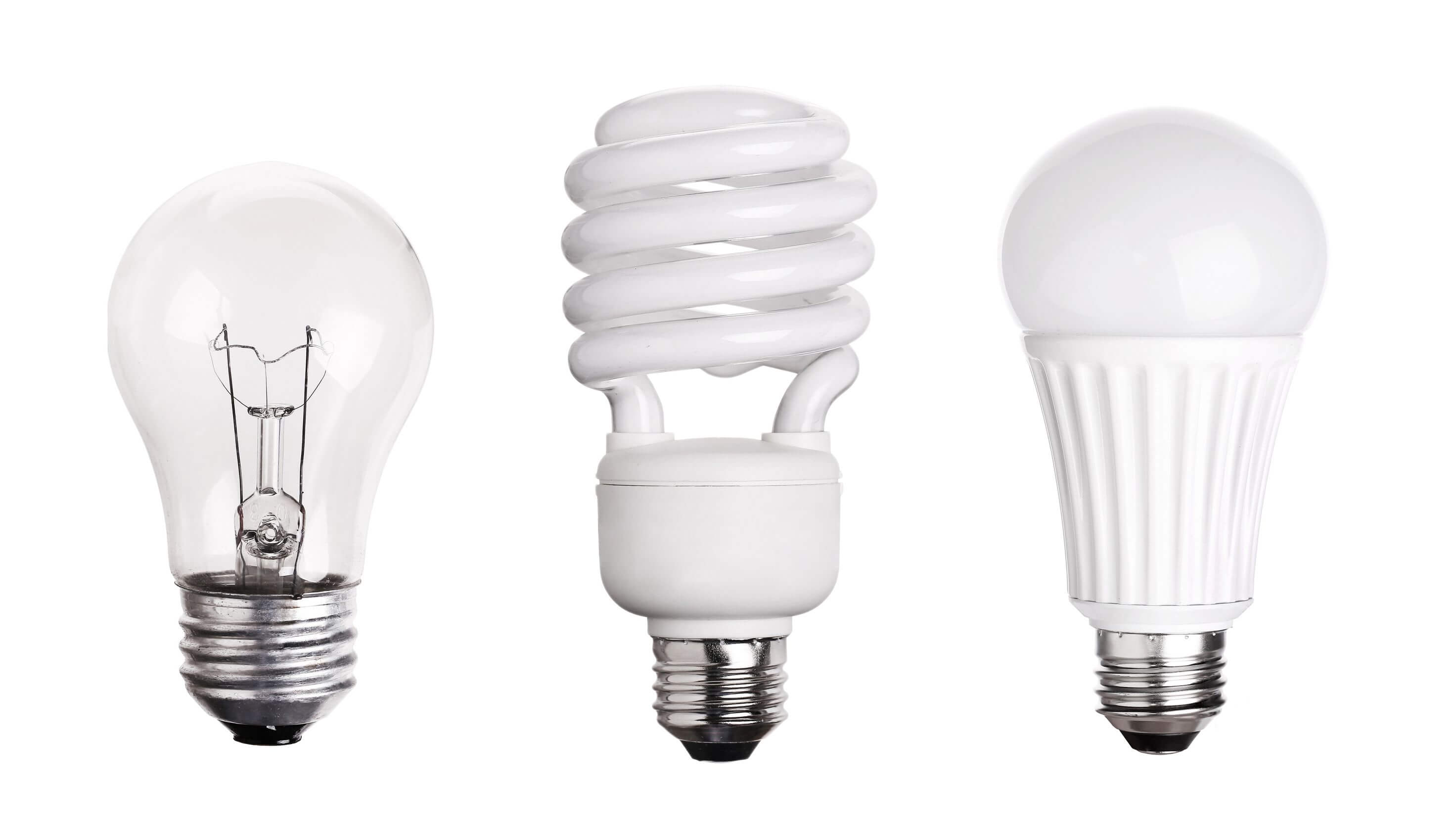 LEDs are a bit newer of lighting technology, but you’ve likely seen them in action too--LEDs are used in plasma screen TVs, the screens of digital watches, LED holiday lights, and many more devices. Here’s how they work:

When you turn on an LED, you’re sending an electrical current through a semiconductor material known as a diode. As the electrons from the electrical current flow through the semiconductor, light is created. Pretty simple right? LEDs are considered to be nearly 90% more efficient than traditional incandescent lightbulbs, although until recently, they have been a bit more expensive too.

So which is the better bulb?

Which lightbulb is best for you will depend on your needs and preferences. Below, we’ll discuss the different things you might want to consider when choosing between CFLs and LEDs.

LEDs and CFLs last an incredibly long amount of time. Much longer than incandescent bulbs, which only last for around 1000 hours.

To put this in context, a CFL will likely last up to 10 years at average daily usage, and LEDs up to 25 years! These both blow incandescent lightbulbs out of the water. But the edge goes to LEDs which can last nearly 2.5 times as long as CFLs.

There are two considerations when calculating the cost of your lights. The upfront cost of the bulbs, and how much it will cost to run the bulbs.

The advantages of CFLs and LEDs in terms of cost become even more evident when you look at how much more efficient they are. Both use far less electricity than incandescent lightbulbs. CFLs are around 25% more efficient, and LEDs are roughly 75% more efficient.

Light manufacturer, Viribright has created the following chart comparing the cost of 60W incandescent and the equivalent CFL and LED replacements over the course of 20 years.

Light quality comes down to preference and what kind of room you’re hoping to light. LEDs historically have a worse reputation as having harsher, whiter lighting. And while it’s true that CFLs tend to have a warmer glow to them than LEDs, you can find LEDs with warmer light quality on the market today. We’ll give CFLs the slight edge here since, on average, they create a slightly less harsh light.

The winner: slight edge to CFLs

CFLs include chemicals in them like mercury and phosphor. While there have been many tests conducted that have concluded that the health risks of exposing yourself to CFLs are incredibly low, some people may still feel safer around LEDs. The main risk of CFLs comes into play around broken bulbs when the gas-filled tube breaks. While we feel confident that you’ll be safe around both bulbs, we gotta give the edge to LEDs here.

Both CFLs and LEDs are better for the environment than incandescent lightbulbs. But when it comes to environmental impact, the clear winner is LEDs. They last much longer, are significantly more energy-efficient, and also do not contain any toxic elements inside of them. LEDs are so efficient that they only lose 5% of their energy in heat and their annual electric output is much lower! Not to mention, since they last so much longer than CFLs and incandescent bulbs, you’ll only have to buy a few of them over the course of your lifetime! The clear win goes to LEDs here.

So which is the better bulb, CFLs or LEDs?

In conclusion, LEDs seem to have a pretty substantial advantage over CFLs in pretty much just about every category. Both are great options, but if you’re looking to get the most efficient and cost-effective light on the market, LEDs are the way to go. Whether you’re looking to light up a floor lamp or fill in some overhead lights, look out at your local market for LEDs.