Natural Gas Explained: What Is Natural Gas & Is It Renewable Or Nonrenewable?

Natural gas is a nonrenewable fossil fuel that produces greenhouse gas emissions when burned and contributes to global warming. But it’s far cleaner than coal or oil, so using it to replace them can be a net gain for the environment in the short-term. 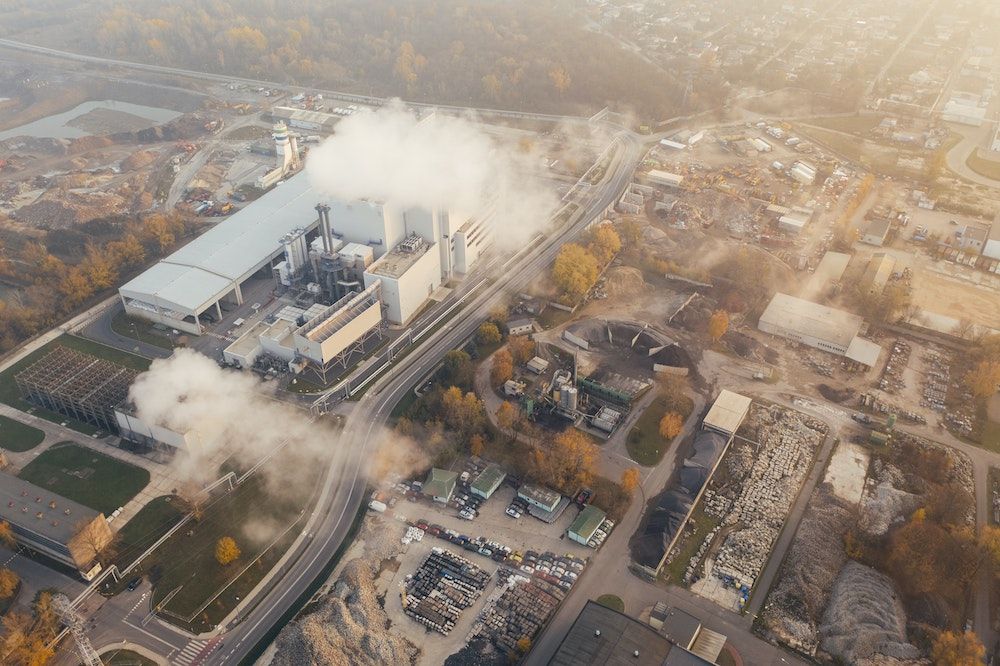 Most energy sources are easy to classify as either clean or dirty, green or not green. Coal, for instance, is a nonrenewable fossil fuel that pollutes the air and contributes to climate change. It’s clearly dirty. And solar power is a renewable fuel source that comes from the sun, requires no burning, and produces no emissions. It’s clearly clean.

Natural gas, despite its name, is not as clean as it sounds. It’s not renewable, and it definitely contributes to global warming. But it doesn’t pollute as much as coal or oil. Over the past 25 years, it’s undeniably played an important role in making our energy supply less carbon intensive and helped replace dirtier coal-fired power plants. But it is not squeaky-clean and actually has some alarming problems that make us question what role it should play in the future.

What is natural gas?

Natural gas is a fossil fuel like coal and oil. It’s made from the remains of plants and tiny animals that lived millions of years ago. Over the ages, these remains became buried under many layers of rock, silt, and sand. Tremendous pressure and heat slowly transformed them into energy-rich, high-carbon materials that humans now use for fuel.

The main component in natural gas is methane, a chemical with one carbon atom and four hydrogen atoms (CH4). When you burn methane, it combines with oxygen to produce carbon dioxide (CO2) and water. Natural gas also contains small amounts of other gases, some flammable and some non-flammable.

If you have any gas appliances in your home, you’re probably familiar with the faint rotten-egg smell of natural gas. However, in its raw state, natural gas has no odor, color, or taste. Gas companies add the smelly compound mercaptan to it to help them detect leaks in gas pipelines.

What are the biggest uses of natural gas?

According to the Energy Information Administration (EIA), 38% of all natural gas in the U.S. is used to generate electricity. The use of natural gas for fuel generation has grown dramatically in the past 25 years. Today, nearly 40% of all the electricity in the grid comes from natural gas.

Other uses of natural gas include:

Is natural gas renewable or nonrenewable?

Natural gas is not a renewable energy source. It’s a fossil fuel that takes millions of years to form. There’s a limited amount of it in the earth now, and when it’s gone, we can’t produce more.

However, we have a lot of natural gas right now—and we keep finding more. Over the years, we’ve grown better at extracting natural gas from places where it was once inaccessible. As a result, our global usable natural gas supply has grown nearly every year since 2000, according to the EIA. So basically, there’s a low risk that we’ll run out of natural gas in the foreseeable future at the current rate of discovery.

Where does natural gas come from?

The U.S. currently produces nearly all the natural gas it uses. The biggest gas-producing states are Texas, Pennsylvania, Louisiana, Oklahoma, and West Virginia.

The method of extracting natural gas depends on where it’s found:

Natural gas extracted from wells goes to a processing plant that removes any non-flammable gases. Then it’s compressed and sent through pipelines to the places where it’s stored and distributed. From there, it makes its way to consumers.

Is natural gas bad for the environment?

How natural gas can cause harm

Burning natural gas produces CO2 and water vapor—both greenhouse gases that contribute to climate change. But natural gas that isn’t burned is an even bigger problem. Leaks from gas wells, pipelines, and storage tanks release methane, which is a much more powerful greenhouse gas than CO2. According to the Environmental Protection Agency, a pound of methane causes 25 times as much warming as a pound of CO2.

Hydraulic fracturing, known as fracking, also uses large amounts of water and which becomes unrecoverable from hundreds of polluting chemicals. The chemicals in fracking fluid can pollute both land and water when they’re spilled or leaked. The main way to dispose of these fluids is to inject them deep into underground rock. However, this process can cause earthquakes and often taints the water table irreversibly.

There is also a major concern about environmental justice when it comes to natural gas extraction, refinement, and transportation. According to a study published in Environmental Science and Technology, across all metro areas studied, natural gas leak densities are 37% greater in neighborhoods of color than predominantly white communities.

Additionally, some neighborhoods in Colorado and California are within dangerous proximity to natural gas wells and refineries exposing them to hazardous air pollutants like benzene, hydrogen sulfide, particulate matter and formaldehyde. Often, communities of color are subject to higher levels of pollution from flaring, which is when wells burn excess flammable gases, leading to increased levels of pre-term births for pregnant women among other health problems.

How natural gas can be better than coal and oil

Natural gas produces 40% to 50% lower carbon emissions than coal and much less of other pollutants that harm human health.

A 2020 study in Nature found that replacing coal with natural gas for power production in the U.S. saved over 22,000 lives between 2005 and 2016. And a 2019 report from the International Energy Agency says switching to gas cut worldwide CO2 emissions by 500 million tons. That’s as much as replacing 200 million cars with electric vehicles.

Natural gas has the potential to do even more for the environment. For instance, it could take the place of dirty diesel and gasoline in trucks and buses, though a switch to electric buses would be even cleaner. And it could be used to produce hydrogen, an even cleaner-burning fuel that produces no emissions. (Current methods of doing this are not very eco-friendly, but new methods in development have more potential.)

In both the short and long term, we need to wean ourselves off of fossil fuels, including natural gas. It’s the only way to keep global temperatures from rising more than 1.5°C. That’s the line most scientists agree we must not cross in order to avoid the worst impacts of climate change, though the hotter it gets, the more extreme weather we see. We’ll need to utilize the clean alternatives we have and develop innovative new ones to end the use of natural gas for heating and power generation.

In the short-term natural gas has played a useful role in reducing our carbon load compared to coal, it is important to ensure that any new generation capacity comes from renewables. While we are still heavily dependent on fossil fuels, natural gas can provide a less harmful way to generate power while we work on ramping up renewables.

In short, natural gas is going to be a part of our lives for some time. So, we need to focus on finding ways to reduce its harm and ensure the natural gas industry is working towards capturing and offsetting the emissions they do create. It remains important for them to take responsibility for their pollution, like reducing leaks from gas wells and pipelines, and adhere to emissions reporting requirements.

States also must ensure that disproportionately impacted communities are part of the solution and work towards equitable solutions, like having access to renewable energy. If we can reduce the damage natural gas causes in the short term, it can buy us the time we need to move toward fully sustainable fuel sources like wind and solar for the future.