The Rise of Modular Homes: A Sustainable Way To Build?

Modular homes are engineered and prefabricated homes that are built in offsite factories and are then delivered section by section to the housing location. 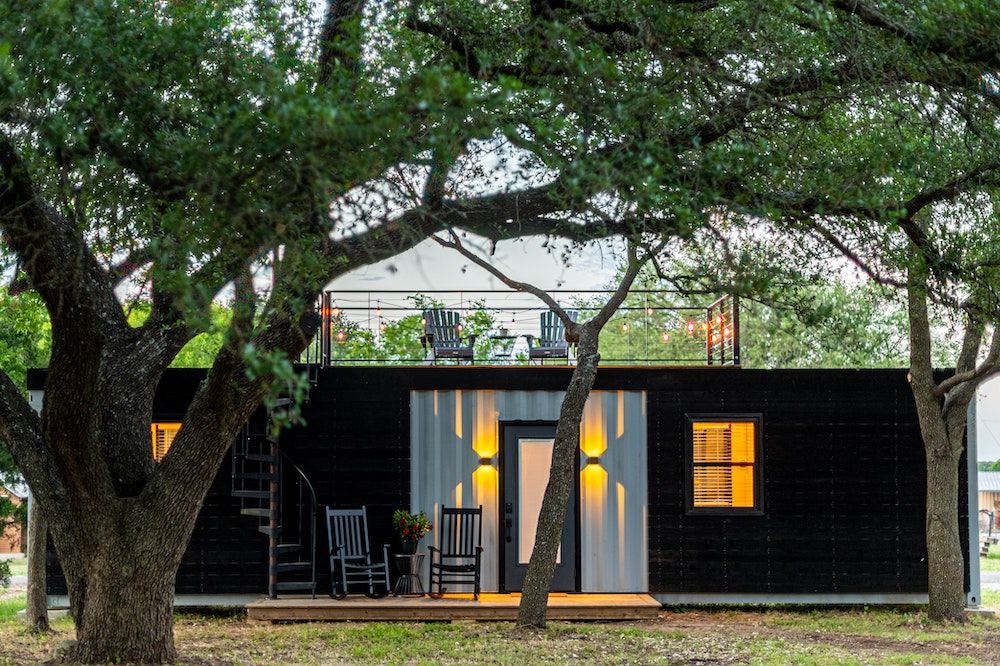 Almost everywhere, housing prices are soaring. With high rents and the only houses on the market costing more than most families can afford, options for long-term affordable housing have driven a resurgence of a different kind of housing: modular homes. Modular homes are cheaper and faster to build than traditional houses. But can this style of a home be a sustainable housing option, and if so, is it worth it?

What are modular homes?

A mobile or manufactured home is constructed according to regulations made by the U.S. Department of Housing and Urban Development, whereas a modular home is constructed with the same state, local, or regional building codes as a standard site-built home.

Unlike a mobile home, a modular home always requires a permanent foundation. To own a modular home, you’ll probably have to buy the land it sits on too, unlike mobile homes that own the house but not the land.

Modular homes have been around for a while, with spikes during the first half of the 20th century. As modern housing becomes difficult to find, modular homes offer buyers the opportunity to almost completely customize their homes while taking advantage of streamlined production facilities. In tests, their quality has been equal to or even better than standard site-built homes.

Using a factory to produce a house in pieces comes with some other benefits, including construction in a climate-controlled environment, efficient building processes and material usage, energy-efficient construction, in-plant inspection, and consistent quality.

Another reason modular homes are becoming more popular is their turn-around time. While a traditional site-built house may take four to six months or even years to build, depending on size, modular homes typically only take six to ten weeks, and who doesn’t want to get a new house faster?

Modular homes have a unique opportunity for greater affordability and sustainability for homeowners. Let’s take a look at how modular homes could play a role in sustainable real estate development.

What is sustainable real estate development?

Commonly when we hear the word “sustainable” we think of “environment.” But that isn’t quite the whole story. Sustainable development was described wonderfully by the UK’s Sustainable Development Commission as, “an approach to development that looks to balance different, and often competing, needs against an awareness of the environmental, social and economic limitations we face as a society.”

When it comes to sustainable housing and real estate, we need to be aware of the environmental impacts of building a home, but also the social and economic effects. For example, social and economic sustainability could mean, access to transportation, the walkability of the area, concern about not building on environmentally sensitive areas, or even ensuring that consumers are able to keep the homes they buy long-term allowing them to accumulate wealth.

Sustainable real estate is becoming a more popular way to look at purchasing a home. And according to the Building Safety Journal, the qualities that make modular construction affordable, also make it better for the environment. Looking into it, both raw materials and construction waste are minimized in modular home production due to the mass production of parts. But maybe, more importantly, the ecosystems and environments that surround the build site experience far less disruption due to the streamlined building process.

Arizona State University produced a study looking at the environmental performance of modular homes and made a few conclusions. Firstly, electricity was the largest energy source used in production, and unfortunately, the modular fabrication process consumes a large amount of electrical energy per month. However, modular homes have a shorter construction process due to being fabricated in a factory. This leads to a decrease in the amount of energy used to build a modular home compared to a site-built home.

Transportation adds a new layer to the sustainability question. Transportation and infrastructure are some of the largest emitters of greenhouse gases. However, a 2021 study of new modular builds in Pakistan determined that modular construction generated close to half the amount of greenhouse gasses when compared to standard builds.

Populations are growing, and they have been for a while. This leads to increased issues in the housing market. There are too few houses, and they’re becoming increasingly expensive, leaving economically distressed families out in the cold, and this clearly isn't sustainable for our future.

A firm example is the current housing crisis being experienced in Denver, Colorado. Between 2015 and 2018, Denver’s median income increased by 8% but rents increased by 13%. Subsequently, house prices increased by about 17%. The differential between incomes and housing costs drove a wave of unaffordability in the Mile High City. But in 2019, a new bill in Colorado aiming to address the housing crisis called for $40 million in grant funding specifically for innovative housing, which includes modular homes.

In Denver, high-density modular units can be built and then rented to lower and middle-income households which helps to supply homes for the increasing population; with other states following Colorado’s path, they could help alleviate the housing crisis. It’s important for cities and states to be mindful of building practices. While investing in the creation of more housing stock will certainly accommodate more people, the homes available need to be affordable for those who already live there.

Now let’s look at the third and final, yet probably most concerning, piece of sustainable development: the price tag.

Is it cheaper to build a home or buy a modular one?

It’s been mentioned a few times that modular homes are more affordable, but are they really? In the first quarter of 2022, the median home price of a standard site-built home was $428,700. For reference, the median household income in 2021 was $70,784. When compared to the price tag of a new home, on top of all the other expenses and local adjustments, it can be too much. So, what does a modular home cost?

According to HomeGuide, the minimum cost of a modular home was $40,000 and the maximum was $500,000. Cost variation mostly derives from house style and customizations. On average, modular homes will cost between $50 to $160 per square foot when going off a predesigned model or $100 to $250 per square foot for a completely custom design.

So, are modular homes cheaper? Definitely! But it’s important to note that with a modular home, unlike a standard home, you may need to purchase the land that the home will sit on, which can add significant dollar signs to your final budget, depending on which state you live in.

Is there a market for modular real estate?

The market for sustainable housing is growing. According to the National Association of Home Builders, most people want sustainable features in their houses, but they don’t want to pay extra for them. This is pretty common, most buyers would love to be more sustainable but it’s just not in their budget; the market for modular real estate could change that.

When looking for what people want most in a sustainable house, studies found that energy-efficient lighting/appliances, materials sourced from nearby areas, recyclable materials, and passive house design were at the top of the list. A modular home is easily customizable for a lower price than standard site-built homes which offers many opportunities for the market to grow as home buyers can design their own sustainable homes to meet their personal needs.

Similarly, modular homes are more eco-friendly to build and use less energy to occupy since most modular homes sold on the market today come fully outfitted with energy-efficient windows, siding, and insulation. All the while being made of recyclable products, some being able to be deconstructed and recycled at the end of their lifespan.

The challenges of modular homes

So far modular homes seem like a great housing option, but what are the downsides?

Can modular construction fill the gaps in American real estate and housing supply?

Modular construction isn’t only being used on houses, it’s also being used to make apartment buildings and condos. While there are multiple companies that take their own approach, one company called Factory OS builds modularly where 80% of what they build is housing for people who have been previously homeless, lower-income workers, and students at below-market rates for average apartments.

With increasing demands for real estate and a lack of housing available, modular homes prove to be a relatively simple solution able to construct multi-family homes, single-family homes, apartment buildings, and condos.

Your questions about modular homes, answered

There are still some unanswered questions though. Like: where did this idea come from? Are they actually sustainable? And are they worth it or am I wasting money that I should be saving for a ‘real’ house?

Who developed the modular housing system?

The first elements of modular housing are seen starting in the 1920s and 1930s by Buckminster Fuller who came up with flexible housing including advanced prefabricated bathroom modules. These modules were shipped to the US military for use during WWII. However, the first successful construction of a fully modular home was in 1933 by Robert W. McLaughlin. After WWII, the idea of modular homes spread a little further and materialized as a sort of plug-and-play paneling system to create a full structure.

When did modular construction become popular?

Post-WWII, modular homes gained popularity. Many veterans coming home from war needed new and affordable housing for their families, and with the construction of new highway systems, getting sections of modular homes to properties became far easier and a lot less expensive. Then in the 1970s continuing through the modern day, modular homes have grown in accessibility causing new building codes and regulations to be put in place. Nearly 11,000 modular homes are built in the United States each year, so you’re not alone if you want a cool new house.

When looking at if modular homes are sustainable or not, it really depends on your definition of sustainability. As discussed before, sustainable development can have multiple facets unrelated to environmentalism. If your concern is energy usage, the lifelong use of a modular home is sustainable, using less energy due to more tightly sealed structures that waste less energy and decrease your heating and cooling costs.

But if you’re concerned about your carbon footprint, a modular home may not be right for you.

The carbon footprint of modular homes associated with transportation is lessened due to fewer trips with materials when compared to traditionally built homes. However, in two modular buildings (not houses) in the UK, a 44 and 38-story set of towers and a 10-story student living building, the reports stated that the developments saved 41% and 45% of carbon respectively.

Is a modular home worth the investment?

Generally, modular homes seem to be a good investment (but we aren't real estate experts). Over time, modular homes tend to hold or increase in their value over time leading to higher resales. They offer sustainable solutions to multiple problems the world is currently facing and provide a cheaper green alternative to standard site-built homes.

The outlook of modular homes

Sustainable or green housing seems like the least of our worries amidst the current housing crisis, however, modular homes are on the rise as possible solutions. They offer varieties of customization while cutting costs and production time, but are they really more sustainable?

Well, they can be, but it’s not a guarantee. The carbon footprint acquired from factory production and transportation accumulates quickly and most sustainability customizations to a modular home can also be done to a standard home.

They do offer a slight decrease in wasted materials which adds less waste to landfills. Thinking of social sustainability, modular homes are an option to battle the housing crisis and lower incomes. Despite the tradeoffs, it is entirely possible that a modular home could be the best house in the neighborhood.