Vampire energy consumption could be costing you hundreds of dollars each year on your electric bill without you even knowing. Here are tips for slaying those lurking vampire appliances in your home, no garlic necklace needed. 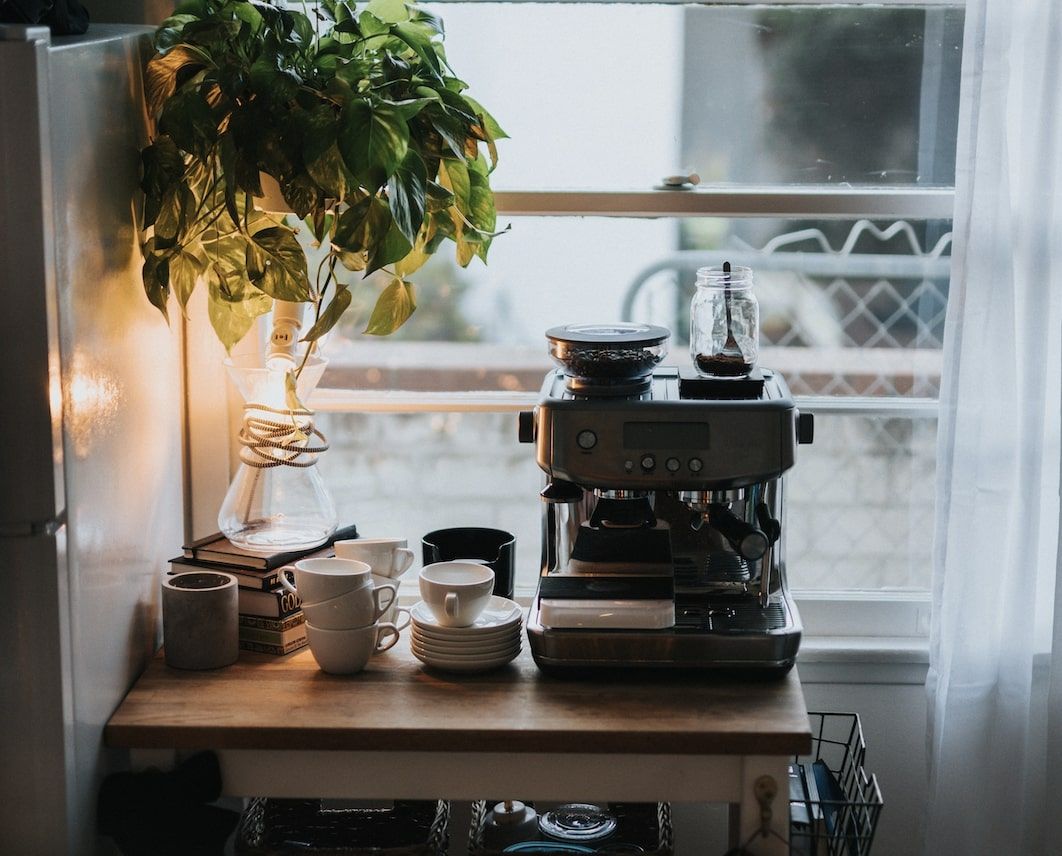 High utility bills can be crippling, especially when you're trying to make a conscious effort to reduce your electricity usage every month. While you’re taking steps to keep your bills low—like limiting your daily water usage, using a smart thermostat, or even installing more energy-efficient appliances— there’s a potentially significant drain on your electricity going unnoticed right in plain sight.

Vampire energy is a real nuisance and can stealthily leak small amounts of usable electricity every month. This sneaky energy consumption could be sucking the blood—ahem, dollars—right out of your wallet.

Although vampire energy isn't likely to be your main culprit causing high electricity bills, fighting vampire energy should be a key component in your energy-saving toolkit.

What is vampire energy?

Vampire energy is leaked energy that’s wasted from appliances and electronics when they’re not even in use. In total, vampire energy can account for 5-10% of the total energy used in your home. Even though you may not actively use certain appliances or device chargers while they’re plugged into an outlet, they could still be vigorously sucking power from your home. A perfect example of vampire energy you experience every day is a warm-to-the-touch phone charger, despite not charging a phone.

Sometimes vampire energy is called phantom power, idle current, leaking energy or a ghost load. Vampire energy may go by several names, but the result is the same: increasing your electrical use and carbon footprint—and utility bill— for your home. Luckily, once you locate the prominent vampire energy sources it’s easy to mitigate, or at least manage, their wasted energy

What are vampire appliances?

Simple devices like some televisions or DVD players commonly consume electricity, even if you aren't actively watching your favorite game or movie. Microwaves, game consoles, or that instant coffee machine that gets you going in the morning are all examples of appliances that only go into a standby mode without entirely shutting off.

Other vampire appliances are continually running in the background of everyday life and go completely unnoticed. Everything from alarm clocks to monitoring systems to automatic garage doors can draw a frightening amount of electricity throughout the day.

Which devices and appliances are notorious for draining energy?

With modern technology, it’s hard to get away from having some energy drawn from an unmanned source in your home. Even the most energy-conscious home will have some vampire energy appliances. But, the trick is to manage and mitigate vampire energy effectively when complete removal isn't possible.

Energy-draining devices can fall into remote-ready devices and non-remote devices.

Remote energy types are any appliance that remains in a "standby" state, ready to instantly power on at the touch of a button. They don’t all actually require a remote, but these appliances simply go into a "sleep" mode until they receive orders to power on. Because remote devices are never truly off, they can consume power 24 hours a day. Some of the most common remote energy appliances include:

Homes will also commonly have non-remote vampire appliances. These small electrical devices don't use a remote to power on but instead continuously run in the background of day-to-day life. These appliances are necessary for modern life, but their continuous "on" state can suck a tremendous amount of energy. Common non-remote devices in your home can include:

Arm yourself with vampire protection and stop phantom power drain

No, we aren't talking about pulling out the garlic and wooden stake to protect your home from vampire energy. But, we are encouraging you to take positive steps to avoid increased electricity bills due to phantom power drain.

Although vampire energy is not the likely culprit for most energy consumption in your home, it undoubtedly contributes to higher-than-necessary power usage. With a few quick additions, preventative measures, and wise purchases, you can take a stance against lurking energy vampires in your home.

No matter which way you look at it, home appliances can be huge energy hogs. Often, vampire energy is the result of mediocre or inefficient appliances. These appliances may be outdated or simply not designed with eco-friendly and energy-efficient practices in mind.

Smart power bars let you set a timer for powering your appliances or devices on when you need them most, or cut the power entirely to an outlet when you don’t need them. You can remotely turn off power to the whole plug or smart strip when you aren't in the room too. Some brands of smart plugs will even give you a readout of how much power the device is consuming—an ideal way to catch unsuspecting energy vampires lurking in plain sight.

Pull the plug: The worst culprits when you're not at home

Some of the worst offenders in vampire energy are those "ready on" devices continually drawing power, even when not in use. The best way to lower your electricity bill and ward off vampire energy draw is to simply pull the plug entirely when you don't need to use the appliance.

Some of the worst vampire energy offenders include:

By making just a few minor adjustments to your daily routine and, unplugging electronics when not in use, you can take the first step toward reducing or even eliminating vampire energy from your home.

If you’ve identified some vampire energy appliances in your home, take solace, and know you aren't alone. In a study performed by the National Resource Defense Council (NRDC), vampire energy costs Americans about $19 billion in energy use per year. Broken down to the individual average household, this staggering amount translates to about $165 added every year to your electricity bill. And for those paying top-tier rates, vampire energy could cost a family as much as $440 additional each year.

Currently, vampire energy accounts for about 10% of total American electricity use. The NRDC concluded that vampire energy consumption is only slated to increase in the coming years. The rise of smart devices that come with increased streaming features and ready "standby" modes cause vampire energy use to skyrocket. Plus, many formerly mechanical devices are switching to automatic which will draw more energy by their design alone.

Luckily, fighting the vampire in your home is easy—no garlic or direct sunlight required. The first step to lowering your monthly electric bill is recognizing potential vampire energy sources in your home. Next, implement automation and energy-optimization tools where you can, or invest in high-efficiency appliances that will reduce your overall energy consumption. While it may not be possible to eliminate vampire energy completely, you can still drastically reduce the power drawn from these phantom devices and feel good that you’re not “wasting” any unnecessary energy.