What Are Microplastics & Their Impact on the Environment?

Microplastics are a nasty problem. And the more we pump into the environment now, the worse future generations will have it. Here's the lowdown on what microplastics are and how they hurt our planet. 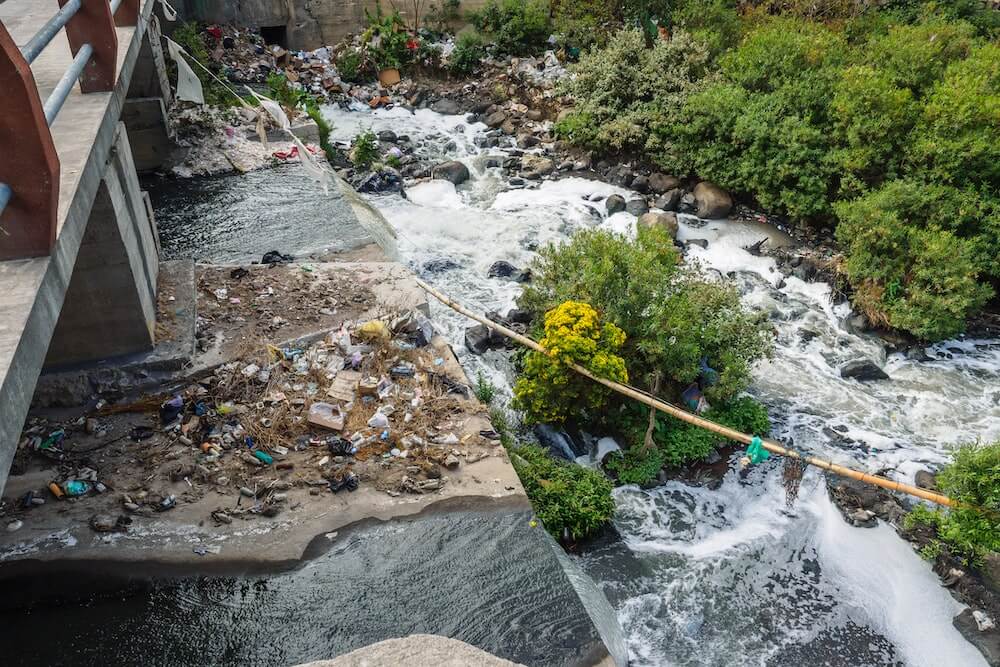 Microplastics and microbeads have gotten a lot of media attention lately—and a pretty bad reputation to go along with that attention.

The simple answer is that microplastics are tiny pieces of plastic. While plastic waste comes in all shapes and sizes, microplastics measure less than 5 millimeters in length, which according to the National Oceanic and Atmospheric Administration, is about the size of a sesame seed at maximum.

These minuscule bits of debris come from all kinds of different sources. Some stem from the degradation of larger pieces of plastic, others come from the microfibers shed by clothing and other textiles, and some come in the form of microbeads, which can be found in cosmetics and hygiene products like cleansers and exfoliators.

Fortunately, microbeads are now banned in the United States—but just in case you have older products in your cupboards, or you order products from areas in which their manufacture and distribution is not illegal, it’s good to know what they are and how they differ from microplastics. Microbeads are a type of microplastic, but they’re specific to cosmetics and household cleansers. Prior to their ban in the U.S., they were quite popular in toothpastes, exfoliating scrubs, and other scrubbing products for use around the house. They’re tiny beads of plastic that are included in products to give them an abrasive quality.

How do microplastics enter the environment?

While there are many ways for microbeads and microplastics to infiltrate ecosystems, there are three big ones to consider. These include the degradation of large pieces of plastics, synthetic clothes that shed, and cosmetics. Learn more about each below.

The breaking down of large pieces of plastic

Water bottles, plastic food tubs, household waste, and commercial waste—these are all common sources of larger pieces of plastic. You’re probably well aware that plastics aren’t biodegradable. Unlike biodegradable materials, plastics have a hard time breaking down into harmless molecules, and it can take hundreds or thousands of years for them to decompose. However, in the shorter term, factors like weather and UV exposure do break plastic down into smaller pieces such that they can wreak havoc on ecosystems.

This is another common source of microplastics. Microfiber clothing and textiles shed tiny microfibers, and clothes made with polyester and acrylic fibers number among other major offenders. So how do textiles shed microfibers?

There are three ways:

Even though they are banned in the United States, some cosmetics can contain microplastics—especially those purchased from regions where they haven’t yet been banned, or if you have older products that were produced prior to the enactment of the Microbead-Free Waters Act, which started taking effect in July of 2017.

The most common offenders are products designed for scrubbing—like toothpastes and exfoliants. That’s because the beads are what provides the scrubbing action.

What is the impact of microplastics on the environment?

These tiny pieces of plastic can pass through most water filtration systems to enter the environment, where they cause untold amounts of damage to sensitive ecosystems—especially in aquatic ecosystems.

Beaches are one area where huge amounts of microplastics can be found—and that’s for a couple of reasons. First, plastics from the ocean wash up on beaches around the world. Second, most beaches receive a lot of sunlight, and UV rays cause plastic to become brittle and break down into smaller pieces. Combine that with natural erosion from sand particles and tides, and you can see why so many beaches have a serious microplastic problem.

It gets worse. Microplastics on beaches are easily gobbled up by beach-dwelling organisms like crustaceans and mollusks or even the birds, fish, and mammals who feed on those organisms. These tiny bits of plastic can also wash out into the ocean, where they will be consumed by marine life—including the many species and types of seafood that humans consume, meaning you may actually be ingesting microplastics into your own system.

Microplastics can also expose fish and other organisms to hydrophobic organic chemicals. That sounds complicated, but what this really means is that microplastics can absorb harmful chemicals. Then, when fish or other marine animals ingest those microplastics, they become exposed to those chemicals, which can result in toxicity. This includes chemicals like DDT, which is commonly found in insect repellents.

Not only can microplastics absorb harmful chemicals, but they also contain a few bad substances on their own. Some of these are endocrine disrupters that can affect human health—and all of them are known to have ill effects when consumed or absorbed by marine life. The monomers that most commonly leach out of microplastics include styrene, vinylchloride, and bisphenol-A—which you’ve probably heard of as BPA.

If all of the above wasn’t enough, plastics are also responsible for the proliferation of marine invasive species. Certain organisms, like mussels, barnacles, and sea squirts, actually attach to pieces of plastic. As ocean currents carry these plastics to other parts of the world, these species hitch a ride—where they can survive a surprisingly long time, up to six years. Thus, they end up colonizing ecosystems in which they were not known before, and if conditions are right, they can take off to become an invasive species, outcompeting the local organisms in these areas.

Will microplastics ever go away?

The short answer is no. At least, not in any timeframe that is meaningful to life on earth as we know it. Plastics take hundreds or thousands of years to fully break down, which means the plastics entering the environment today will be around and causing problems for generations upon generations.

So yea, microplastics are a nasty problem! And the more we pump into the environment now, the worse future generations will have it. Not only do they harm organisms by exposing them to toxic chemicals, but they also help transport invasive species around the world. Because they don’t biodegrade, microplastics will just keep accumulating on beaches and in aquatic ecosystems everywhere until broad solutions to clean them up are developed and adopted.

Laws and bans on products containing certain types of microplastics—like the ban in the United States on microbeads—are a promising start. But the truth is, plastic is a way of life in the modern world, found in everything from cosmetics and the clothing we wear to food packaging and products like phones, laptops, and computers that we use every day.

Fortunately, while the problem looks bad right now, there are also promising efforts in the works to help combat it. Foundations around the world are researching technologies to filter or otherwise clean up these small pieces of plastic. Everything from tiny drones to magnetic coils has been proposed as a solution, so as researchers continue to work and refine their technology, it’s likely that we’ll discover efficient ways to filter and dispose of this pollutant.

In the meantime, the rest of us can contribute by reducing our reliance on plastics as much as possible. Choose organic versus synthetic textiles, ditch those disposable water bottles for reusable ones, purchase food and other products in glass or paper containers. There is lots we can do to reduce the amount of plastic produced!