Microplastics are seemingly everywhere. But there are some easy actions you can take to reduce your exposure to them and minimize your own microplastic pollution on our planet. 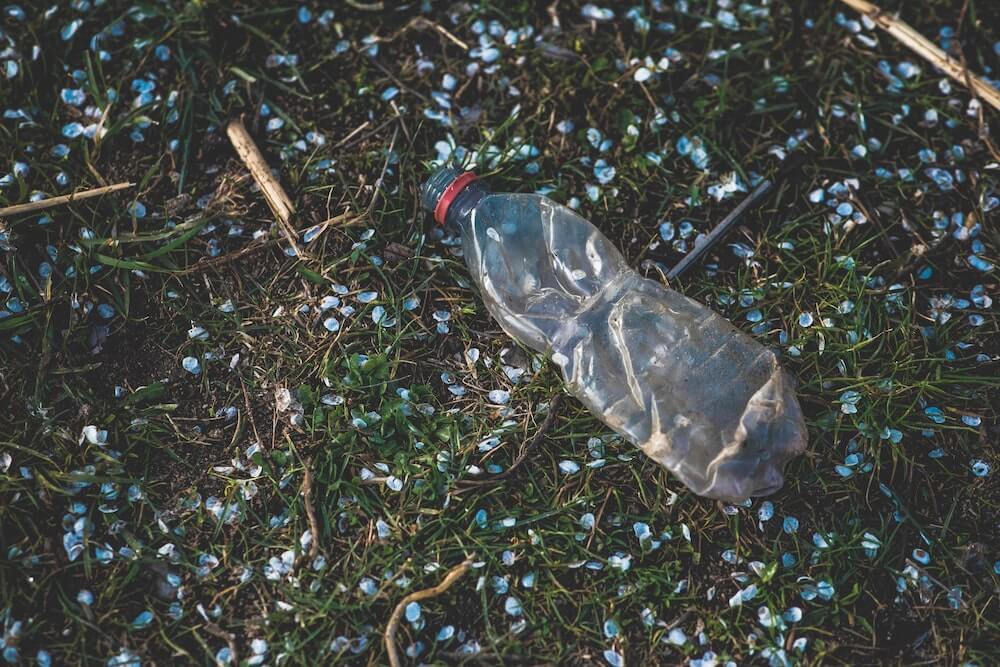 While large amounts of microplastics already exist in the environment, new particles are generated daily. This may not be a surprise, based on the massive increase in plastic production and use since it was first introduced in mid-1900s.

An International Union for Conservation of Nature (IUCN) study that reported the increase in plastic production also looked at the main sources of primary mircoplastics that are found in the world’s oceans.

Microplastics are also found throughout the home. A study conducted by the World Economic Forum asked residents of 32 homes across Sydney, Australia, to catch dust particles in a special glass dish. When researchers analyzed the dust particles, they found 39% of them were microplastics.

How to reduce microplastics in your everyday life

1. Buy organic clothes (or those made from organic materials)

Synthetic clothing, such as polyester, is a huge contributor of microplastics. When possible, choose eco-friendlier, sustainable clothing made from organic materials, such as cotton, silk, wool, hemp and other natural fibers.

All types of material are going to produce some level of microfibers, but the microfibers from natural material, like cotton, tend to stay larger than those from synthetic materials. That’s because cotton fibers frequently become tangled, creating bigger pieces of lint that are not readily released into the air.

2. Change how you do laundry

Clothing gets an extra dose of wear and tear when it’s going through the washer and dryer. Microfibers from all types of materials are generated by washers and dryers, but it’s the microplastics from polyester and other synthetic materials that are the most concerning.

Dryers generate about 40 times more microfibers than washing machines, with a single household dryer releasing up to 120 million microfibers into the air every year.

You can help reduce the amount of microplastics released by your washer and dryer by:

Eplastic item eventually breaks down, producing secondary microplastics that find their way into the environment. You’ll find a ton of plastic used in the retail industry, especially when it comes to plastic bags. Avoid single-use plastics by:

Microbeads can show up in a variety of cosmetic and household products. Read labels carefully, looking for words that indicate the use of microbeads.

Avoid products with ingredients such as:

6. Use public or alternative transportation

Car tires are a major source of microplastics, making up 28% of the microplastics found in the ocean. The tires break down when driving, sending the tiny particles off into the environment. The fewer cars on the road, the fewer tires out there releasing microplastics.

Taking the bus, train or other form of public transportation can reduce this type of tire erosion and plastic pollution because you're taking one less car off the road (your own). When possible, you can also opt to walk, bicycle or use a scooter or other means of personal transportation.

7. Don’t microwave your food in plastic

A notable 39% of dust particles around the home is made up of microplastics. You can reduce that amount by keeping your home as fresh and clean as possible. Do this by:

Taking personal action to reduce microplastics is great. But your efforts don’t have to stop there. You can support policies, politicians and organizations that are taking their own brand of action.

Do a search for organizations that fight against plastics, and you’ll find a ton. Three that are particularly strong include:

The Plastic Soup Foundation is doing more than getting plastic out of the world’s oceans. It wants to stop it from getting into the water supply in the first place. In addition to having contribution options on their site, they also have a host of resources to help you select smart product options.

The same people who produced the award-winning documentary “A Plastic Ocean,” went on to create the Plastic Ocean Foundation. Its mission is a mighty one, with the aim of changing the world’s attitude toward plastic within a single generation. The foundation bills itself as a global initiative that supports local project and partners designed to prompt change worldwide.

The Story of Stuff

“The Story of Stuff” is the name of an award-winning documentary launched in 2007. It is also the basis of the entire Story of Stuff Project, which boasts a global community of more than one million members who support their causes. The fight against plastic is one of their major campaigns, and you can find other campaigns as well as study programs and movies on their site.

Avoiding microplastics as a first step to reducing your overall pollution

Part of the pollution puzzle

Microplastics may be everywhere, but so are the campaigns, organizations and initiatives fighting against them. Doing your part to reduce the amount of microplastics in your home and the environment is a smart step to take, as it’s a major piece of the environmental puzzle.

But myriad other puzzle pieces exist to improve the health of our environment, all tying back to the overall goal of creating a better planet in the future. That planet can be created by working to reduce all forms of pollution—be it plastic pollution or, equally important, greenhouse gas pollution caused by fossil fuels. A healthier planet overall is a strong way to fight global warming. In addition to avoiding plastics, you can also make a difference by focusing on sustainability and tapping into renewable energy resources, which do not give off carbon emissions that harm the earth.

Tapping into cleaner energy may be more accessible and affordable than you think—and even easier than vacuuming or dusting once a week! Enter Perch. We can help you switch your home's electricity supply to cleaner resources, like from renewable energy like solar and wind, so you're lowering your own carbon footprint and potentially even your monthly bill. We also help residents and small businesses subscribe to local community solar farms, helping support the addition of clean energy onto the overall grid in exchange for discounts on your utility bill. Going green doesn't need to be expensive or inconvenient. Check out Perch to see how we can help.