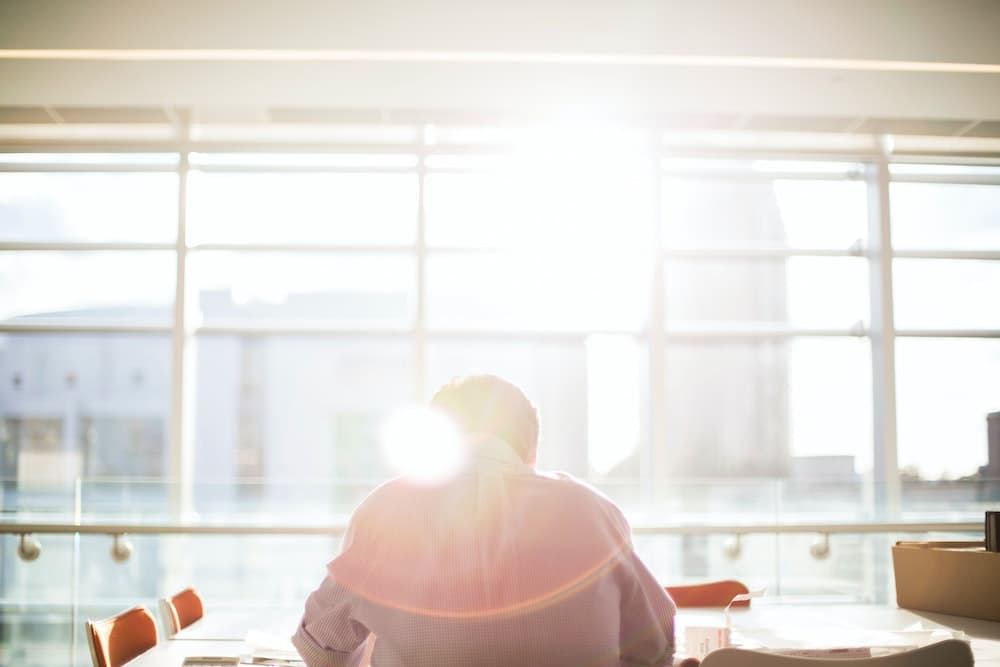 Innovations in solar technology keep getting brighter all the time, especially with a recent breakthrough in the world of solar windows. Solar windows?

Yes, solar windows. Scientists in Switzerland have set a new efficiency record for transparent solar panels. These panels are already being used as windows in several projects, and may one day double as windows in your home, office or even your car.

Can solar panels also be windows?

While the first generation of solar cell technology has come a long way, it does have its limits. One of those limits is its inability to be used as windows. Traditional solar panels work by absorbing the full solar spectrum, which makes them appear black. They are also made up of several layers of materials that further reduce their ability to transmit light.

How do solar panels work?

The materials that make up traditional solar panels typically include:

The panels generate electricity through the movement of electrons:

Transparent solar panels are part of the second generation of solar cell technology. While electricity is still generated through the movement of electrons, it’s done using different materials. It’s also done through solar cells that capture only part of the solar spectrum, allowing visible light to pass through.

Officially known as dye sensitized solar cells (DSCs), these transparent cells were invented back in 1991 at Switzerland’s École Polytechnique Fédérale de Lausanne (EPFL). Professor Michael Gratzel and Dr. Brian o’Regan get credit for the invention, which is why DSCs are also known as the Gratzel cell (GCell).

Early versions of DSCs needed direct sunlight to work properly, and they also produced far less electricity than traditional solar cells. Traditional solar cells have an average efficiency of 20%, which means it converts 20% of the solar energy it absorbs into usable energy. DSCs hit a record high of 12% by 2011.

The latest breakthrough from the team at EPFL changes all that. Updated DSCs have an efficiency rate of 30% in ambient light conditions and 15% in direct sunlight. They can also work with any type of visible light, be it natural, artificial, indoors or outdoors.

In addition to their transparency, DSCs are beneficial for their flexibility, relatively low-cost, and wide range of color options.

How these solar panels can work as windows

The magic ingredient in dye-synthesized solar cells is the dye, which creates electricity once it’s exposed to light.

Movement of the electrons is what produces the energy, which we can then harvest into rechargeable batteries or other electronic devices of our choice.

As the first public building to use DSCs, the SwissTech Convention Center has had transparent yellow and orange solar panels in place since 2012.

The Copenhagen International School hopped on the DSC bandwagon in 2017, introducing a new building covered in blue-colored transparent solar panels. The building is outfitted with 12,000 panels, which are able to provide about 300 megawatt hours of electricity every year – which is more than half the amount of energy the school uses.

Lightweight versions of DSCs are also already being sold on a large scale for commercial use to power portable devices. They work for smaller items, such as headphones, and can also use ambient light to power components in the Internet of Things (IoT).

When will these solar panels be available for public use?

With the latest advances making DSCs more efficient, it may not be all that long before these solar panels are available for public use. But no one can say exactly when.

A number of companies are making strides in that direction:

EnergyGlass produces a glass system that generates energy from any light source. They appear to work on largescale building projects, integrating the system into building window designs to generate electricity.

SolarWindow creates ultra-lightweight liquid coatings that can be applied to glass and plastics to generate electricity. They offer partnership opportunities, but no products yet available to the general public.

Ubiquitous Energy produces an energy-generating film coating designed to absorb infrared and ultraviolet light while allowing visible light to get through. They are not yet available to the public, with the company noting it will be selling through window manufacturers.

Transparent solar panels have phenomenal potential. While they could be great for personal use in your home or car, they could be absolutely mind-blowing if used in skyscrapers across the world.

Every tall building with windows could be turned into a veritable solar farm. A solar energy team at Michigan State University predicted transparent solar technology may be able to generate about 40% of the energy needed throughout the entire United States.

If transparent solar panels were then combined with rooftop panels, it’s possible solar technologies could generate enough energy to meet 100% of the demand.

Why our future depends on innovations like these for long-term, sustainable energy use

Unlike fossil fuels, solar energy is renewable as well as sustainable. It’s going to last as long as the sun does. It’s also a clean way to produce energy, lacking the emissions and pollution associated with traditional resources.

Like the latest breakthrough in DSCs, solar technologies continue to advance and improve. The global solar output in 2004 was 2.6 gigawatts (GW), enough to meet a scant 0.01% of the energy demand across the world. By 2015, global solar output was at 302 (GW), able to meet 1.8% of the worldwide demand.

A 2014 prediction from the International Energy Association says 27% of the world’s energy could be generated by solar power by 2050.

If the second generation of solar cell technology has already brought us transparent panels that can be used as windows, it’s exciting to think what advancements may come next. (Like the Stanford scientists who recently made progress on solar panels that work at night).

The third generation of solar is what’s in store for the future and, if the innovations continue with the same level of creativity and success, it promises to be more brilliant than ever.