What good is a solar panel if the sun’s not shining? Incredibly, solar power’s biggest weakness might not be a problem in the future, thanks to a group of Stanford scientists. While solar panels that work at night could be world-changing, don’t expect it to happen—ahem—overnight. 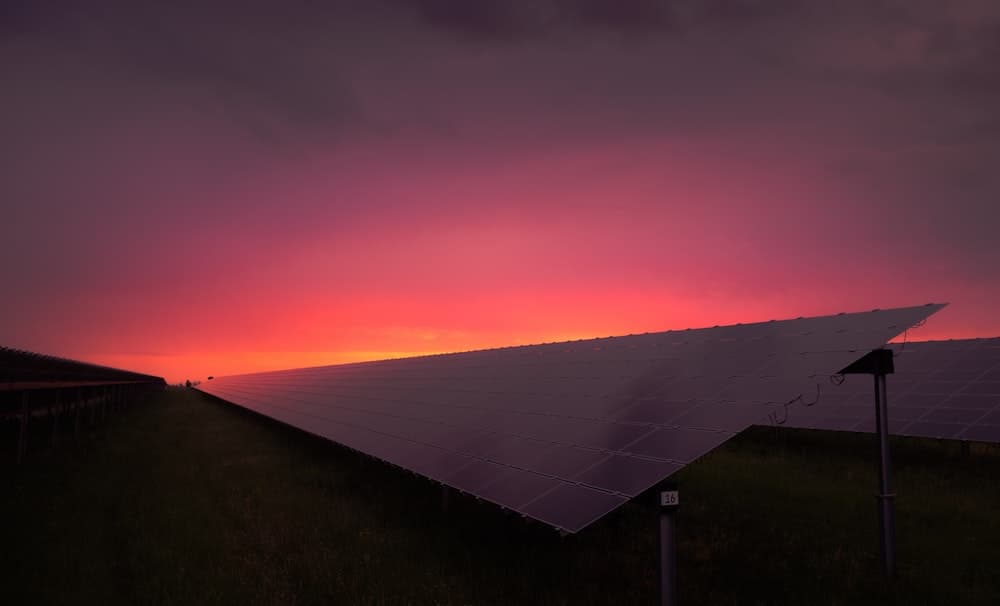 For decades, solar panels have suffered from one basic weakness: they only work when the sun is shining. Because of this, solar-powered buildings always needed backup power from the grid or from batteries. Without it, they’d lose power every night when the sun went down. Even on cloudy days, the panels might not make enough energy to power a whole house.

In the future, that could change. Scientists at Stanford University have made a technological breakthrough: a solar panel that produces energy at night.

Until this year, the answer was an unequivocal no. Solar panels simply couldn’t operate without light, and they could only get sufficient light during the daytime. To understand why, let’s take a closer look at how a standard solar panel works.

How do solar panels work?

PV cells contain semiconductors: materials that only conduct electricity when an energy source—such as light—is present. These semiconductors absorb light and transfer its energy to electrons within the material, causing them to move. Other layers in the PV cell channel these moving electrons into an electric current.

Each PV cell is tiny, producing just 1 to 2 watts of power. But cells can be chained together into larger PV modules, commonly known as solar panels. These panels, in turn, can be linked together in a solar array. A small solar array can power a home; a large one, called a solar farm, can power a whole town.

As you can see, there’s no way for a PV panel to work without light. The moon and stars shed some light, but only enough to produce a tiny trickle of electricity. Because of this, most solar panels simply go into sleep mode at night.

But the new solar panels developed by Stanford don’t rely on photovoltaics. They use a completely different process called radiative cooling. It depends on the cold of outer space—which is always there, day or night.

How these solar panels can work at night

During the day, objects on Earth absorb heat from the sun. At night, any object facing toward the sky radiates that heat back out into space. In some cases, it loses heat so fast this way that it becomes colder than the surrounding air.

The researchers at Stanford found a way to exploit this temperature difference. They modified an existing solar panel by adding a thermoelectric generator—a device that converts heat flow into electricity. This generator produced electricity from the difference in temperature between the PV cell itself and the nighttime air.

The Stanford team wasn’t the first to try this. However, previous attempts produced only tiny amounts of electricity. The Stanford team’s breakthrough was its design, which generated 50 milliwatts of energy per square meter of panel size.

Of course, this is still a tiny fraction of the power a solar panel can produce from sunlight. A typical solar panel can generate around 200 watts per square meter—4,000 times as much. But even this small amount of electricity is enough for low-power jobs like lighting or recharging a phone. And future generations of this technology could do even better.

As a bonus, the thermoelectric generator also works in the daytime. It just runs in reverse, generating power as the panel heats up in the sun. This power adds a little boost to the energy the panel produces from sunlight.

When will these solar panels be available for public use?

This technology has a long way to go before it’s ready for real-world use. Shanhui Fan, the lead researcher on the Stanford project, says its goal wasn’t to build a device with practical applications. The team was only aiming to prove that it’s theoretically possible to generate power this way.

So don’t expect to see these solar panels for sale any time in the next several years. But do keep watching headlines for future advances in this technology that might someday lead to a commercially viable product.

Can this solar panel innovation help the transition to net-zero emissions?

The Stanford solar panel is unlikely to replace existing sources of electricity in the developed world. The amount of power it can produce is just too small. However, it could prove useful in developing countries, where people often have no reliable access to electricity at night.

The Stanford team’s paper about its research, published in Applied Physics Letters, offers a few examples. It says the new panels could “provide nighttime standby lighting and power in off-grid and mini-grid applications.” (Mini-grids are small, local power grids that aren’t connected to the central grid. They’re often used in rural communities too small or too remote to connect to a larger power network.)

Thus, these night-friendly panels could help developing countries electrify without needing to use fossil fuels for power generation. In this way, they can help prevent future greenhouse gas emissions.

What other new discoveries have been made in solar technology?

Most solar panels depend on bright sunlight. They’re much less effective on cloudy or rainy days. But a team of scientists at Soochow University in China has found a way around this problem. They’ve developed a new type of panel that’s actually powered by rain.

Like the Stanford team, the Soochow team built its panels by adding on to an existing solar panel. In this case, they added a clear layer containing a triboelectric nanogenerator, or TENG. It works by converting mechanical energy—motion—into electricity. When raindrops hit the panel, the TENG captures their energy and turns in into an electric current.

On rainy days, the electricity produced by the TENG boosts the panel’s reduced energy output. And the TENG can also produce power on rainy nights when there’s no sunlight at all. This offers yet another way to squeeze extra power out of solar panels at night.

Why these innovations are important for a sustainable energy future

For years, the fossil fuel industry has argued that we can’t give up coal and natural gas for power generation. They say we need these fuels as a backup for  renewable energy sources like solar and wind energy. Without them, we’ll have no way to produce power when the sun isn’t shining and the wind isn’t blowing.

Discoveries like these prove they’re wrong. On one level, they show it’s possible to build solar panels that work at night or in the rain (or even transparent solar panels that may one day double as powerproducing windows). But their impact goes far beyond this one discovery. They also demonstrate the huge, untapped potential of renewable energy.

The more ways we learn to produce power sustainably, the better our chances of reaching a 100% renewable energy future. And as these innovations show, when it comes to clean power production, we’ve only begun to scratch the surface.