Right now, the world isn’t curbing global greenhouse gas emissions fast enough to avoid catastrophic climate change. To meet climate targets, we need to capture greenhouse gases and sequester the carbon so it can’t enter the atmosphere. We already have the technology to do this, but we need to scale it up much more. 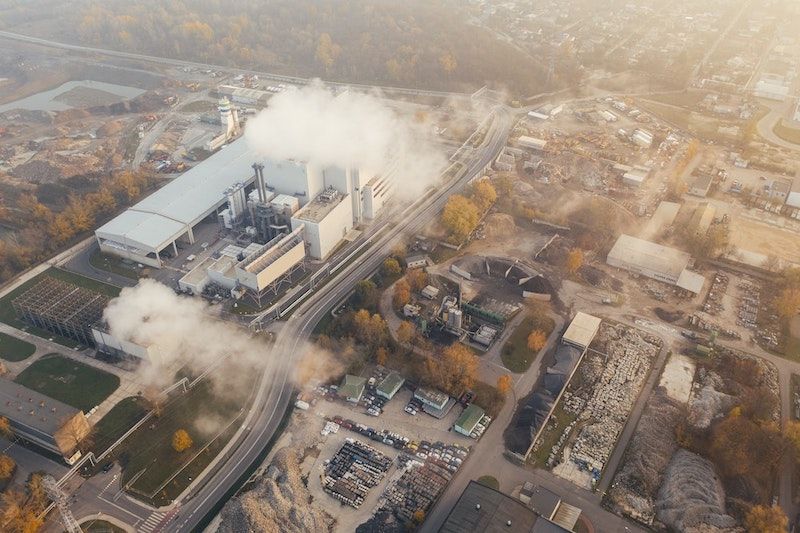 As many know, the most important way to fight global warming is to cut fossil fuel use.

And there are many ways for people, businesses, and governments to do this. We can scale up production of renewable energy, such as wind and solar. We can replace gas-powered vehicles with electric cars and improve the energy efficiency of buildings.

But all these strategies together may not be enough. Increasingly, scientists are saying we can’t cut emissions fast enough to meet climate targets. To have a chance of keeping the global temperature rise to 1.5˚C (2.7˚F), we must do something more. We need to remove carbon from the atmosphere directly and sequester it.

What is meant by carbon capture?

Carbon capture means pulling carbon dioxide (CO2) directly out of the air. Plants do this naturally through photosynthesis, which is why trees are such an important tool for fighting climate change. But when people refer to carbon capture, they usually mean doing it artificially: chemically stripping CO2 from a stream of air.

Most carbon capture involves removing CO2 from smokestack emissions at power plants, factories, and other large facilities. The exhaust from these facilities, called flue gas, can be as much as 25% CO2. With carbon capture technology, 90% or more of that can be stopped from entering the atmosphere.

It’s also possible to remove carbon from the atmosphere itself. This is called direct air capture (DAC). However, it’s much harder to do. The concentration of CO2 in the atmosphere is about 300 times lower than it is in a smokestack. That means you need to process a lot more air to capture the same amount of carbon.

There’s also a way to combine the two approaches. It’s called bioenergy with CCS, or BECCS. This is a three-stage process. First, you use plants such as grass and trees to absorb CO2. Then you cut down those plants and burn them as biomass fuel in a power plant. And finally, you capture and store the CO2 from that power plant, removing it from the atmosphere permanently.

What is meant by carbon storage?

Once you’ve captured carbon, you need to put it somewhere. Carbon storage means locking carbon away somewhere it can’t get into the atmosphere. This, too, can happen naturally. When plant and animal matter turn into fossil fuel over millions of years, that’s a form of carbon storage. But today, we can sequester carbon on a much faster timescale.

An alternative to storing carbon is to use it for industrial purposes. This is known as carbon capture and use, or CCU. Some people refer to the two together as carbon capture, use, and storage, or CCUS.

But at present, CCU isn’t as beneficial as CCS. That’s because the main use for captured CO2 is enhanced oil recovery, or EOR. Oil drilling companies inject the CO2 into oil wells to help squeeze out more oil. But since burning that oil releases more CO2, EOR doesn’t do much to cut emissions in the long term.

The term “carbon capture” may evoke images of a big vacuum cleaner sucking up CO2. However, the reality is quite a bit more complicated. The most common method for removing CO2 from flue gas is called “amine scrubbing.” Here’s how it works:

There are ways to simplify this process. For instance, if you burn fossil fuels in a pure oxygen environment, the exhaust is mostly CO2 and water vapor. All you have to do to extract the CO2 is condense out the water. This method is called oxyfuel combustion. It can capture nearly all the CO2, but it’s energy intensive.

You can also capture carbon before the fuel is even burned. This is called pre-combustion. You partially burn the fuel in a “gasifier” to form syngas, a mixture of hydrogen, CO2, and carbon monoxide (CO). The CO2 in this is highly concentrated and easy to remove, leaving hydrogen that can be burned as fuel. Pre-combustion is used in certain chemical plants and new power plants.

What are the best ways to store and sequester CO2?

The main way to store carbon is deep geological storage. Liquid CO2 is pumped deep underground and trapped in rock formations. Locations for storage include inaccessible coal seams, depleted oil and gas reservoirs, and saltwater reservoirs. A site can be capped with a layer of impermeable rock to make sure CO2 doesn’t escape.

However, there are a variety of other possible methods for storing carbon. These include:

Which industries are taking advantage of carbon capture?

Carbon capture is most useful for industries that produce concentrated carbon emissions. Some of these industries can’t easily operate without fossil fuels, so CCS offers their best chance to become carbon neutral. Industries using carbon capture include:

Why is carbon capture and storage a key asset to prevent climate change?

To control global warming, we need to halve carbon emissions by 2030 and zero them out by 2050. The most obvious way to do this is to end fossil fuel use and other carbon-intensive practices, like making cement. But that’s not as easy as it sounds. Our modern society is heavily dependent on these practices. Finding sustainable replacements for them will take time—time we may not have.

Carbon capture and storage could provide 14% up to of the emissions cuts needed to get us to net zero. And at present, it’s the only tool we have to decarbonize certain key industries. The Intergovernmental Panel on Climate Change says most paths for keeping global warming down to 1.5˚C require CCS. Even if we overshoot, or miss the 1.5˚C goal, we can still use DAC to reduce carbon in the atmosphere. That may help bring global temperatures back down to within the 1.5˚C limit.

Where is this technology currently being used effectively?

Today, there are 26 commercial-scale CCUS projects around the world, with 34 more in development. However, the majority of these are CCU projects that use the CO2 for enhanced oil recovery. These projects are concentrated in areas with oil-rich regions like the American West, the Middle East, and Brazil.

True CCS on a large scale is less common. Locations of large facilities capturing and storing carbon include:

Drawbacks of carbon capture and storage

Carbon capture and storage has its limitations. Some are imposed by the technology itself, others by its cost. And while CCS benefits the climate, it can cause environmental problems of its own.

The main method of capturing carbon today is injecting it into rock. However, there are only so many locations with suitable rock formations. To scale up CCUS, we need to find either new places to store carbon or other ways to use it.

Current methods of CCS require a lot of energy. Adding CCS technology to a new power plant can raise the cost of its electricity by up to 91%. And retrofitting CCS onto existing power plants is even more expensive.

These costs make power plants more expensive to build and the electricity from them more costly to produce. If the owners have to pay for these costs, they will pass them along to consumers through higher electric bills. And governments pick up the tab, they must raise taxes to pay for it. Either way, it’s likely to be unpopular.

Obviously, the point of CCUS is to help the environment. But it has environmental downsides as well. These include:

Despite all its problems, CCS remains a vital piece of the climate puzzle. Our chances of hitting the goal of 1.5˚C of warming are dwindling. To have any hope of meeting it, we need every option on the table. And if we overshoot, we will need DAC to lower carbon levels and get the climate back under control.

The future of carbon capture and storage

Right now, CCS focuses mainly on capturing carbon at the source. However, direct air capture is likely to play a bigger role in future. There are new and promising DAC technologies on the horizon, such as Global Thermostat’s fan-and filter system.

Another area that’s likely to expand is CCU. Captured CO2 can already be used in greenhouses to enhance plant growth. Expanding on this idea, CO2 could be fed to algae that could be processed into fertilizer, animal feed, or biofuel. Captured carbon could also be made into high-tech materials like graphene and carbon fibers. The NRG COSIA Carbon XPRIZE rewards researchers who find new uses for captured carbon.

Turning carbon from a waste product into a useful raw material is a win-win. It eliminates the need to ship and store carbon and gives companies a financial incentive to capture it. That’s good for the companies, good for consumers, and good for the earth.