There’s no denying the trend toward clean and green energy is hot, although certain renewable energy options are more like one hot mess. Biomass may be one of the messy ones. The theory is good. The advantages are good. Yet the reality leaves a few things lacking. 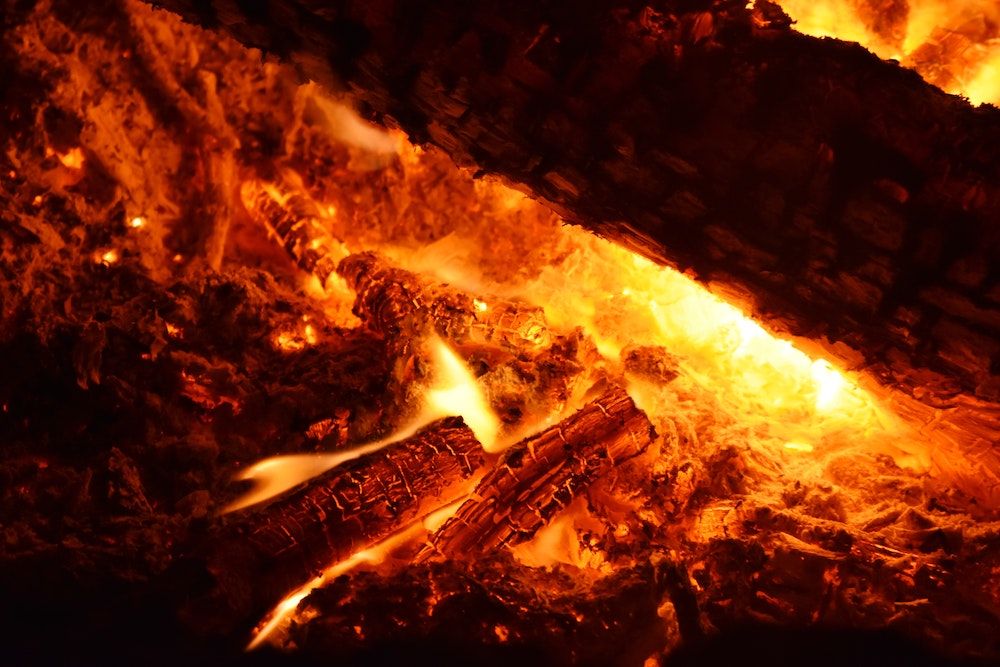 Like most renewable energy resources, biomass has a ton of benefits—on the surface. But when you look a little deeper, it's clear that at present time, the downsides outweigh the advantages of biomass as a legitimate clean energy solution of the future.

We'll give you the full rundown on biomass pros and cons, along with additional info to help you decide if biomass energy sounds like a feasible option or one big folly.

What is biomass energy?

Biomass energy may sound like a strange-as-heck thing, but it’s actually been around for hundreds of thousands of years. Biomass refers to organic matter, and biomass energy is the energy produced by that matter. While it’s doubtful our long-ago ancestors called it biomass energy, they did light fires for warmth, light and perhaps that romantic Pleistocene glow.

Wood and plant materials are the most commonly used forms of biomass, although other types of organic matter can be used. Cotton. Wool. Paper. Food. Yard waste. Animal waste. Human waste. Pretty much anything organic that you can turn into energy through burning, heating, chemical or biological conversion can be considered biomass.

The benefits of biomass

On the surface, biomass may seem like an amazing energy option. Its cheerleaders are quick to point out the litany of benefits of biomass, which range from its status as a renewable resource to its ready availability.

A renewable resource is one that is naturally replenished, and biomass makes the list. Trees keep growing. Crops keep sprouting. And as long as we’re all alive and eating, animals and humans will continue to produce organic waste.

Since fossil fuels are used to generate electricity, finding an energy source to be used in place of fossil fuels is a pretty good idea. Biomass can help pick up some slack, ensuring we don’t have to rely on fossil fuels as heavily.

When organic waste is used in biomass energy plants, the waste doesn’t end up landfills. And keeping stuff out of landfills is always a good thing. In addition to being unsightly, landfills have a laundry list of negative impacts. These include:

Anyone who is not a fan of stench, smoke, bugs, water and air contamination is apt to agree that using organic waste to produce energy is better than chucking it in a landfill.

Although burning fossil fuels and burning biomass both release carbon dioxide (CO2), some claim biomass is carbon neutral. That means the amount of CO2 produced by burning plant-derived biomass is believed to be offset by the amount of CO2 the plants capture through photosynthesis while they’re alive.

Talk about abundance. You’ll find biomass materials across the entire nation. They can also be reproduced. Biomass energy sources include:

Since trees and crops are consistently grown to replace those used for biomass energy, it’s unlikely they’ll be running out anytime soon. Organic waste products are likewise found in a seemingly endless supply, as are animal manure and human waste.

In short, biomass energy sources are neither in short supply nor likely to disappear—provided trees and crops are replenished at the same rate or faster than they’re used.

Biomass naysayers, and some former cheerleaders who did deeper research, are definitely not gung-ho about biomass energy. While there may appear to be fewer disadvantages than benefits of biomass, the disadvantages are biggies.

Both California and the U.K. were quick to embrace biomass energy—only to find it was actually causing more pollution than the coal plants biomass energy was meant to replace.

High amounts of carbon emissions are the norm when trees and other large chunks of wood are used as biomass, which is the case in many plants. In addition to billowing carbon emissions and other greenhouse gasses, burning biomass is known for releasing a host of particulates into the atmosphere.

To make matters even more frightening, chopping down forests to create biomass reduces the amount of trees left to naturally absorb the CO2 from the atmosphere. You won’t see this kind of ruckus from solar or wind power.

Not as efficient as fossil fuels—or other clean energy sources

While biomass may score high in some areas, efficiency isn’t one of them. When it comes to energy, efficiency refers to the amount of energy that’s actually converted into the power you’re aiming for. Those biopower plants we mentioned?

Those that only produce electricity only have about a 20% efficiency rate. That means 20% of the energy in biomass results in electricity. The other 80% goes out the door. Yikes is right.

Although biomass can be found across the entire nation, certain types are not evenly distributed. Most of the heavily wooded areas in the U.S., for instance, are in the Northwest, Northeast or along the western coast.

Unless a biopower plant has a local supply of woody biomass, transportation costs can be enormous. The plant must also have adequate space to store and prepare the biomass before use. Biomass systems work most efficiently when the biomass is dried-out before burning.

When compared to solar or wind power, biomass is considerably more expensive. In fact, a Center for Biological Diversity (CBD) report pegged biomass power as California’s most expensive energy source. The organization proved it with a rundown on the levalized cost of different types of power in 2018:

Why does biomass cost so much more than solar or wind? CBD summed it up neatly: “Incinerating trees is a highly inefficient way to make electricity.”

Biomass expenses pile up due to:

How is biomass used to generate electricity?

While the process itself is pretty straightforward, you still need a number of components for even the simplest biomass electric generation system. These include:

Where is biomass energy used?

You already know biomass plants are in the U.K. and California, and you can find biomass energy being used in other areas in a number of industries. In 2020, 4.9% of the total primary energy consumption in the U.S. was provided by biomass.

While you may get a bit excited seeing the residential use of biomass weigh in at 10%, that doesn’t mean the homes have mini biopower systems to produce electricity. It means they burn wood for heat, light and cooking.

Installing biopower systems into residential homes would not be economically feasible at the moment, or perhaps ever. Any residential use of electricity created by biomass would likely come from the biopower plants that create electricity for the purpose of selling it.

Is biomass a sustainable energy source for the future?

Unless biomass can clean up its act—literally—it may be a tough sell as an environmentally sustainable energy source going forward. Although it is renewable and reliable, it’s just not feasible, at least not at the moment. The high cost of obtaining and prepping suitable materials is a big mark against it, as are its current inefficiency and pollution levels.

In fact, the state of Massachusetts recently took biomass-fired electricity off its renewable portfolio standard (RPS), which is a provision that mandates a percentage of electricity must come from renewable energy sources. Biomass is no longer on the list because state officials don’t believe that biomass actually reduces greenhouse gases.

The excitement for biomass energy seems to be dwindling. As people learn more about it or actually experience it, the less popular it seems to become. That doesn’t mean, however, it’s entirely out of the picture. There’s no saying what advancements may bring in the way of reducing cost and pollution while increasing efficiency for this renewable resource. In the meantime, solar and wind are gaining ground as the go-to clean and green energy options that don’t create a bigger mess than they’re trying to correct.