Yikes! Why Is My Electric Bill So High? (And What You Can Do About It)

Wondering what's driving up your monthly electric bill? Here are some common reasons—plus ways to save. 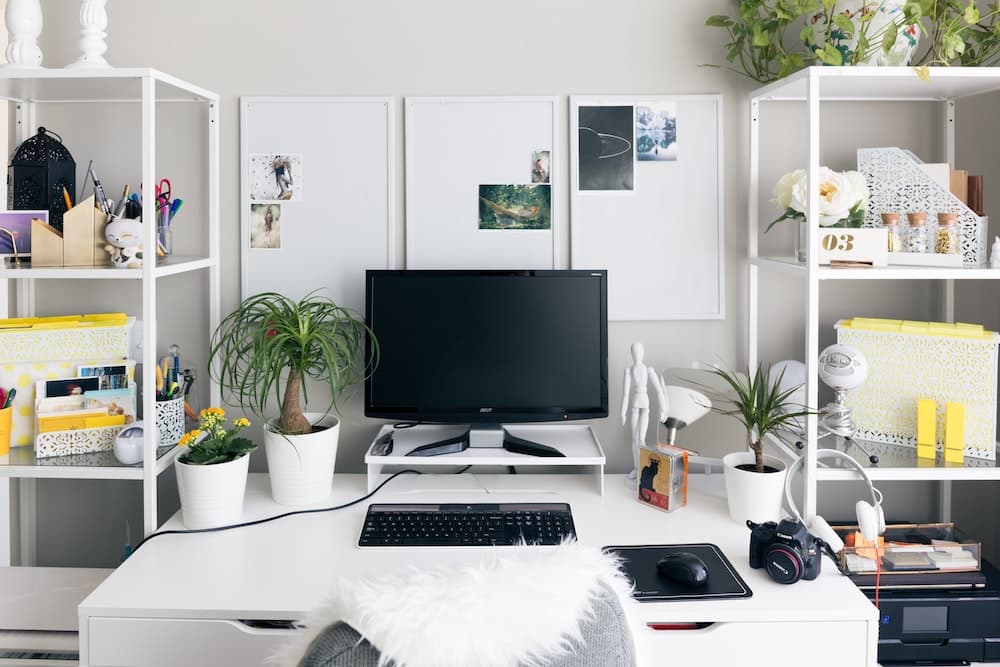 Receiving your monthly electric bill is annoying enough to begin with. And that annoyance can quickly turn to dread if you peek at your monthly charges—only to see they skyrocketed in less time than it takes to walk your dog. What gives?

Once you get over the initial electric bill shock (pun not intended), you need to know what’s going on. That’s why we compiled some of the most common reasons behind electricity bill increases, along with tips for getting your monthly payment back down to earth.

Reasons why your electric bill is so high

An increase in your electric bill can come from a variety of causes, or sometimes a combination of causes hitting all at once. These can range from a change in the outdoor temperature to a change in your indoor working habits, or even having your ceiling fan turning in the wrong direction. Keep reading for some of the most common reasons behind a higher electricity bill.

While some of the solutions to these problems carry an upfront cost, the long-term savings could be worth it.

It’s dang hot (or cold) out

Summer’s sizzling heat and winter’s deep freezes can make your electricity bills soar, especially if both your heating and cooling systems run on electricity. You can check for season-related changes by comparing one of your spring or autumn bills to those received during the peak of summer or winter.

Even though you’re apt to use more electricity during the hottest and coldest months, you may be using more than you need to. Have your heating and cooling system checked annually to make sure they’re running as efficiently as possible. Inefficient HVAC systems will use more power to do a worse job, which is literally wasted energy (and money).

No, we’re not referring to washing machines that grow fangs when nobody’s looking. Vampire appliances refer to appliances and electronics that continue to draw electricity when they’re plugged in, even if you’re not using them. Modern gadgets are big culprits here, as some devices never really shut down. They instead go into standby mode so they can power up quickly when needed. The biggest vampire culprits include:

Using a power strip for certain devices, and then shutting off the power strip when the devices are not in use, can stop the electronics from perpetually bleeding electricity. So can unplugging them, especially those 500 different chargers you’ve got plugged in around your house.

Charging your devices too long

Not only that, but it can also decrease the battery life of your device over time.

You have a home office

Home offices are notorious for vampire electronics, and their electricity drain can add up. Here’s a rundown on the power draw, in watts, for common home office equipment when it’s both active and idle.

You’ll notice that even when idle, some of these electronics are still pulling significant power.

The total monthly cost, of course, depends on how often you use the equipment. But even if everything but your computer is active for only one hour a day, you could be adding about $14 a month to your bill.

Washing dishes and laundering clothes aren’t typically at the top of the fun list, but people may still overuse their dishwasher, washing machine, and dryer. Worse yet, those energy hungry appliances may be outdated and highly inefficient, boosting the bill even higher.

Energy Star ratings didn’t hit the appliance scene until 1997, so anything older than that is likely to be an energy-eating dinosaur you could replace to save money in the long run. Also only use your dishwasher when you have a full load, using the low-heat or no-heat setting for the drying cycle. Try washing clothes only once a week and only with a full load, again using the low-heat setting on your dryer.

Leaving lights and fans on

You leave the room. You leave the lights and fan on. Bingo. Higher electricity bills. While the electricity used may be minimal, every dollar counts—that's what we say. Depending on what type of bulbs you have, how many you leave on, and for how long, you might be adding a few unnecessary dollars to your monthly bill. And that’s not even counting the ceiling fans.

How do you misuse lights and fans? One way is by illuminating an entire room or large space with overhead lighting when all you really need is a small task light or desk lamp.

Also, ceiling fans with blades turning in the wrong direction can actually make the room hotter when you want it cooler, and vice versa. Most ceiling fans have a toggle switch to adjust the blade direction. You want them turning counter clockwise in summer and clockwise in winter.

Save even more by swapping out those old school incandescent bulbs for LED bulbs. This can particularly add up in larger homes with lots of lights. Lighting makes up about 15% of the average household’s electricity use, and switching to LED lighting could save around $225 every year.

It doesn’t matter how many LED bulbs or properly turning ceiling fan you have if your home doesn’t have adequate insulation. Without proper insulation, outside heat (and cold) has a merry ole time seeping indoors. You may notice this most with ceiling insulation, as the heat or cold from the attic can cause a sharp increase in air conditioning or heat use.

Water isn’t the only thing that can leak around the home. Outdoor air could be leaking into the house through cracks around windows, doors, vents, ducts, electrical outlets, recessed ceiling lights, fireplace dampers—you name it. Any opening that can let in outdoor air inevitably will.

Leaks need to be caulked or otherwise sealed. You may be able to spot obvious leaks on your own, while a home energy audit can ferret out the less obvious ones.

While the leaks themselves aren’t necessarily the direct cause of your electricity bill being higher, it’s what the leaks result in, such as your heating or air conditioner system kicking into overdrive to offset the cooler or warmer air seeping into your home.

Keeping your bedroom and other interior doors closed can also contribute to high electricity costs by making your air conditioner go into overdrive. That’s because the cooled air that goes into each room has no way to circulate back to the AC.

You’re left with closed-off rooms that build up positive pressure in relation to the outdoors, while the rest of the house has negative pressure. This scenario results in more of that air leakage mentioned above.

While utility rates go up in increments all the time, you might see a massive jump if you were on a contract that expired—and then you’re automatically billed the higher, non-contract rates. Great.

This can be particularly unnerving if you were on a fixed-rate plan that expired and you’re suddenly billed a variable rate. Fixed rates ensure you’re billed a set amount every month, with your annual total broken down into 12 payments. Variable rates vary from month to month, depending on how much electricity you use that given month.

Keeping an eye on your plan’s expiration date and renewing on time can help you avoid this in the future. Signing up for a new fixed-rate plan may get you out of the current pickle.

If you’re worried this might have happened to you, give your electric utility company a call and make sure you fully understand the terms of your contract and what’s contributing to your total monthly cost.

Changes in charges behind the scenes (i.e. the electricity supply company or cost of fuel source)

Electricity doesn’t get to your home by magic. Nor is it solely the utility company handling the full process. The utilities rely on electricity suppliers, or providers, to sell them electricity directly from the source, or the actual generator of the electricity. So different entities and resources are needed behind the scenes to get power into your home. If there are cost increases on that behind-the-scenes part of the chain, that cost can get passed along to you.

If you see something like gas prices take an astronomical hike, you’re likely to see an increase in your electric bill as well.

How to avoid a high electricity bill

Checking for and correcting the issues outlined above is a solid first step toward lowering your electricity bill.

You can also launch an overall game plan that helps reduce your bill. For starters, check out our Ultimate Guide to Saving on Your Electric Bill.

In shorter form, here are a few quick tips:

Going solar is another smart move to save money on your electricity bills and reduce your long-term energy costs. Especially since renewable energy is now more accessible and cheaper than ever. Installing solar panels is one option if you have the budget for it.

But if you can’t install your own panels, you can always join a community solar program to save money on your electricity cost (while helping to clean up the power grid, too).

At Perch Energy, we make it super easy—no rooftop panels, no installation, no upfront fees, and no headaches.

Perch will help match you to a local solar farm. You'll support the operations of that farm so that it can generate and contribute as much clean, solar energy to the overall grid. You don't directly receive electricity from the solar power you're supporting, but thanks to government incentives, you'll get credits toward your own electricity bill—conveniently applied directly on your bill through the utility company since the utilities are connected to the solar farms.

Essentially, you're being rewarded with discounts on your own electricity because you're enabling solar generation and development in your state.

Plus, community solar has tons of other benefits to people, the environment, and local economies—it’s hard not to feel good about being a part of it.