Tidal Power Explained: What is Tidal Energy & Is It Renewable?

The tides offer a source of power that’s both renewable and reliable. However, there are only a limited number of places to build tidal power plants, and they’re very costly. They can also pose a threat to marine life. Until these problems are overcome, the potential of tidal energy is limited. 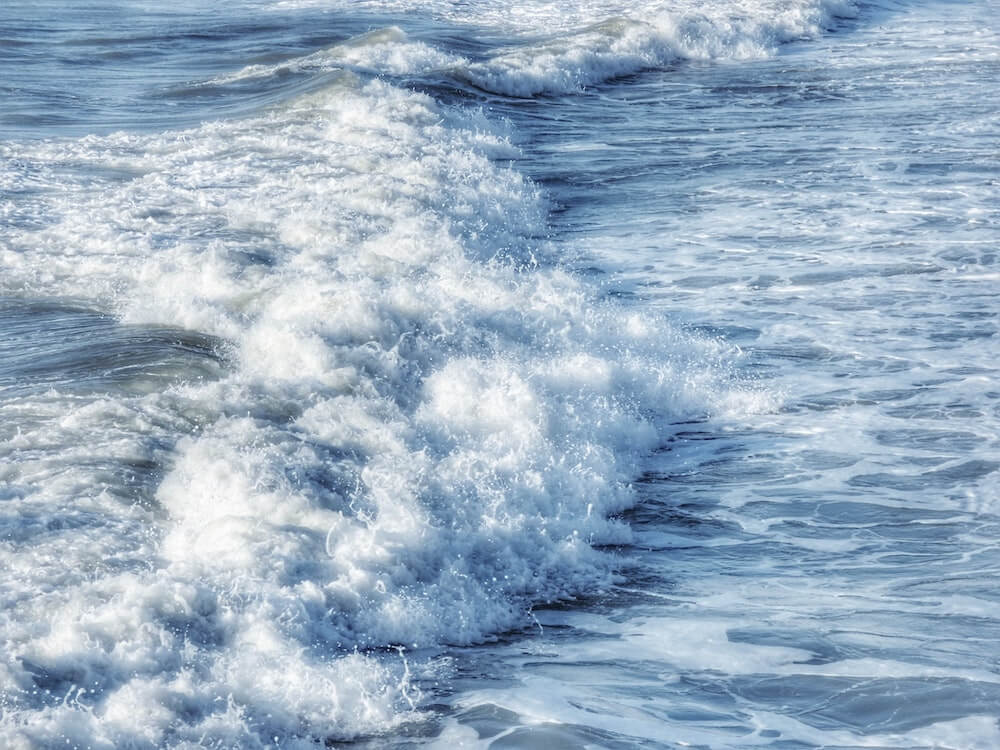 Hundreds of years ago, Geoffrey Chaucer said: “Time and tide wait for no man.” This quote highlights how regular and predictable the tide is. It goes in and out twice a day like clockwork, and nothing can change it.

Today, we can take advantage of that regular ebb and flow as an energy source. Using turbines, we can harness the power of moving water to generate electricity. But this technology is quite new, and it has a lot of limitations. Scientists will need to find ways around them to make tidal power a major energy source.

What is tidal power?

Tidal power, also called tidal energy, is a by-product of gravity. Specifically, it comes from the pull of the moon—and, to a lesser degree, the sun—on the earth’s oceans.

The moon’s gravity exerts a force on all parts of the earth. However, this pull is strongest in the areas closest to the moon. It causes the earth to deform slightly, bulging outward on the sides directly facing the moon and directly opposite.

In these areas, the water in the oceans rises, creating a high tide. This pulls water away from other ocean areas, creating low tide. This animation from SciJinks shows how it works.

Humans have used the power of the tides for thousands of years to launch boats. More than 1,000 years ago, we started using it to turn water wheels for grinding grain. But we’ve only learned to convert it to electricity within the last 60 years.

How does tidal energy work?

For over 140 years, we’ve been using hydropower, or the flow of water in rivers, to power electric generators. Tidal energy systems do the same thing with the water currents created by the tide rolling in and out.

Tidal turbines work like wind turbines, but they’re turned by the flow of water rather than air. These turbines drive generators, and underwater cables transmit the electricity into the grid. Tidal energy can also be used to supply power for ocean industries such as aquaculture or ocean research.

Tide-powered turbines can work anywhere there’s a strong enough tidal current—natural or artificial. They can either float or rest on the sea floor, and they can operate singly or in arrays (groups). At this time, there are a few main types of systems used to capture tidal energy.

The simplest and most common tidal system places one or more turbines underwater in a tidal stream. Tidal streams are fast-moving bodies of water created by tidal flow, like straits or ocean inlets. Unfortunately, there’s only a limited number of these locations available.

The most efficient way to capture tidal energy is with a tidal barrage, a common type of hyropower energy system. This is a dam-like structure across an ocean inlet or tidal river that creates an artificial tidal basin. Sluice gates control the flow of water through turbines built into the barrage.

Most tidal turbines have horizontal blades, like most wind turbines. But blades can also be mounted vertically, like a turnstile. A row of these vertical turbines on the seabed is called a tidal fence.

A tidal lagoon is a large section of ocean enclosed by a retaining wall. Turbines capture the energy of water flowing in and out of the lagoon. No tidal lagoons exist yet, though there are some under construction.

One new idea for capturing tidal energy is dynamic tidal power (DTP). It would require very long dams extending out from shore into open ocean. These could capture power continuously, as the tide would always be shifting from one side of the dam to the other. But so far, no one has tried this idea out in the real world.

How efficient is tidal energy?

Tidal energy systems can be very efficient. Engineering company N-Sci says tidal turbines convert 80% of the energy of the tides to electricity. That’s more efficient than current wind or solar energy systems and much more efficient than coal, oil, or natural gas. According to the Energy Information Administration, power plants only release 30% to 45% of the energy stored in these fossil fuels.

Is tidal power renewable and sustainable?

Tidal energy is renewable because it doesn’t depend on any resources that can be used up. As long as there’s a moon in the sky, the tide will continue to flow in and out every day.

Tidal energy is also green and sustainable because it produces no pollution. The only carbon emissions involved in harvesting tidal power come from producing and servicing the turbines.

But that doesn’t mean tidal power causes no environmental problems. As discussed below, tidal turbines can harm marine ecosystems in a variety of ways. Minimizing the damage to ocean life is one of the major challenges to scaling up the use of tidal energy.

Tidal energy has a lot of potential as a sustainable energy source. Tidal power systems are:

Water is more than 800 times denser than air. That means a stream of water contains far more energy than an equally fast stream of air. A water turbine can put out a lot more power than a wind turbine of the same size turning at the same speed. (However, tidal turbines can’t actually be this big, for reasons discussed below.)

Once a tidal turbine is up and running, it produces no pollution. Specifically, it doesn’t emit greenhouse gases that contribute to climate change.

Tidal power is a renewable energy source. It requires no natural resources, except for producing, installing, and maintaining the turbines.

Tidal turbines last a long time. According to the British power company SIMEC Atlantis Energy, a turbine can run for 25 years and only needs maintenance every 5 years. That keeps operating costs low.

Unlike wind, tidal energy is predictable and stable. It can provide a reliable supply of power, which is important to keep the grid running smoothly.

Offshore wind plants often attract complaints from people who think they spoil the landscape. Tidal turbines, which are generally underwater and not visible from the shore, don’t cause this problem.

Despite the benefits of tidal power, it hasn’t gained widespread acceptance. There are several major concerns and challenges that make it difficult to scale up. These include:

The weight of water gives it more energy, but it also puts much more stress on turbines. They have to be really strong to stand up to the pressure. And they generally can’t be as big as wind turbines, which means it takes more of them to produce enough power.

Moreover, tidal power systems must be built underwater. Most also require underwater cables to hook them up to the grid. This makes them difficult to install and maintain.

All this adds up to a high cost. A 2020 analysis by Clean Technica found that the power from a proposed tidal lagoon in Britain would probably cost around 20 cents per kilowatt-hour. That’s roughly ten times the cost of wind power.

Scientists may find ways to reduce the cost of tidal power systems or get more energy out of them, or both. But until they do, it will be hard to make them cost-effective.

Although the tide is consistent and predictable, its strength fluctuates over time. It’s only strong enough to provide power for about 10 hours out of the day. And those 10 hours don’t always meet up with the hours of highest demand for electricity.

There are two ways to smooth out this unsteadiness in the power supply. One is to build systems for storing tidal energy. The other is to build tidal plants in multiple locations, so the tide is always strong at some of them. But both solutions add further to the cost.

Tidal power systems can only go on coastlines, and not all coastal sites work. To capture tidal energy, you need a strong flow of water. That requires either a big drop in the water level from high to low tide or a narrow channel that concentrates the force of the water.

There are a limited number of sites that meet these requirements. Moreover, the ones that exist aren’t always near existing power lines, so hooking them up adds to the cost.

Tidal turbines can harm marine ecosystems in a variety of ways. They interfere with the movement of sea creatures and can also trap them in their blades. They can change the water level and the levels of salt and silt in the water.

The underwater noise turbines produce can interfere with sea creatures’ communication. Even the electromagnetic fields from power lines could affect sensitive species, causing them to avoid the area. And restricting the movement of fish reduces the food supply for marine birds, which might also relocate as a result.

Tidal energy production is still a very young technology. So far there are few tidal power plants in the world and none at all in the U.S. The largest tidal power plant today is the 254-MW Sihwa Lake power station in South Korea.

Tidal power has great potential because it’s reliable, renewable, and clean. But it still has several major challenges to overcome, especially related to cost.

It’s unlikely tidal power will ever be a major energy source of energy in the U.S. We have few locations where we could harness tidal energy at a reasonable cost. Other countries, including Canada, China, France, Russia, and the U.K., are in a better position to take advantage of tidal energy’s potential.

In fact, they have already started. Projects under construction include tidal lagoons on the Yalu River in China and Swansea Bay in Wales and a 398-MW tidal stream array in Scotland. If these plants prove cost-effective, more projects could follow.