What Is Biomass? A Renewable Energy Source, But Not So "Clean" (Yet)

Biomass energy refers to organic matter such as wood, crops, food waste and animal manure that is turned into fuel via direct burning or chemical conversion. While biomass itself is a renewable resource, biomass plants can actually emit concerning levels of CO2 and other greenhouse gasses into the air when burning biomass. So critics claim that biomass isn't yet a truly clean energy source. 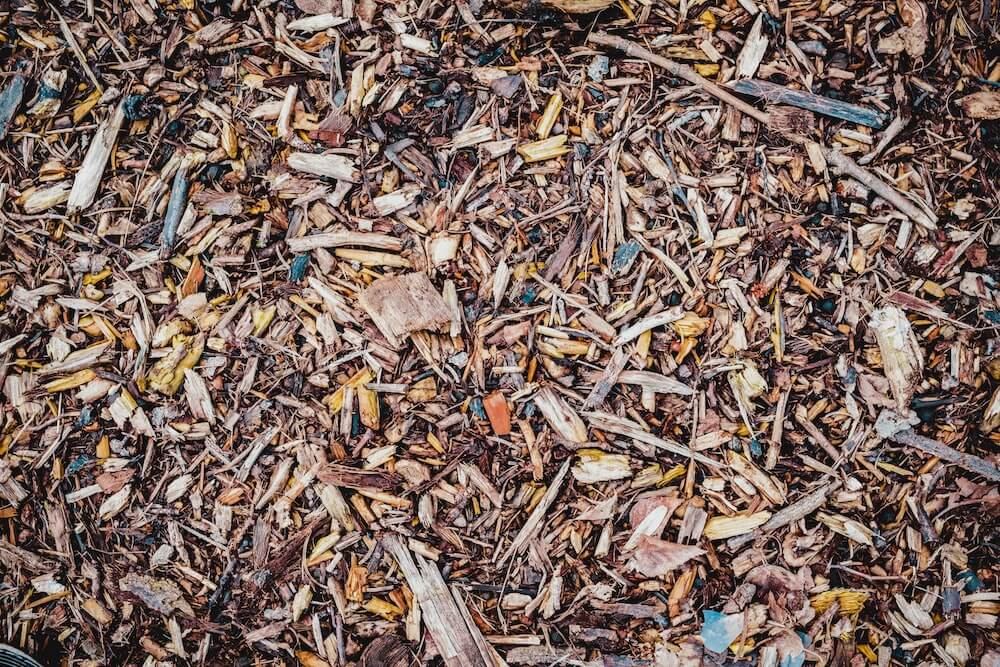 Biomass. At first glance, the term can make you think of something strange you don’t want growing on your front lawn: “Get that biomass out of my yard!” But once you get the gist of what biomass is, you won’t find it strange or unwanted at all.

That’s because biomass is simply an organic energy source, or one that’s created from materials derived from living things. This includes plants and trees (which are already in many front yards), along with a host of other materials derived from plants, animals and other organisms (that you may not even want hanging out in the back).

Below, you’ll find a rundown on what biomass is, its status as a renewable or nonrenewable energy resource, and how it may be poised to play a role in the future of clean energy.

Biomass is an organic energy source, and you may have already used a form of it without even realizing it. Anyone who has sat around a campfire or lit any type of wood-burning fire to enjoy its warmth is officially a biomass user.

Trees and plants are the most common biomass materials, especially corn and soybeans. But they’re not the only ones.

What is biomass energy?

While biomass refers to an organic energy source, biomass energy refers to the energy produced by this source. A little redundant, yeah, but it’s important to note.

A tree is just a tree until some type of process is used to convert the wood to energy. The same holds true for other materials. A corn stalk is just a corn stalk. Sawdust is just sawdust. Manure is just a piece of, well, manure. You get the drift.

How is biomass energy created?

The concepts of biomass and biomass energy are straightforward. Converting it into energy, not so much. Here’s where things can get a bit complicated. There are four main processes used to convert biomass into biomass energy. These processes are:

Direct combustion is not only the most common process for converting biomass into energy, but it’s also the most straightforward. It involves directly burning the materials to produce heat and electricity.

It’s also where your campfire fits in. Creating heat with a campfire is officially using direct combustion to create biomass energy. Mention that the next time you’re out in the woods.

Pyrolysis heats the biomass materials to 800 to 900 degrees Fahrenheit in the near absence of oxygen. Pyrolysis can be used to produce:

And there’s more. The bio-oil can be processed using a method called hydrotreating, which uses high temperatures, hydrogen and a catalyst. Hydrotreating can be used to produce:

Gasification heats the biomass materials to 1,400 to 1,700 degrees Fahrenheit with controlled injections of oxygen or steam. Gasification can be used to produce:

Syn-what? Officially known as synthesis gas, syngas is a gas rich in carbon monoxide and hydrogen that can be used for:

And there’s more here, too. Separate the hydrogen from the syngas, and you can burn the hydrogen or use it in fuel cells.

Here you want to think yogurt, and the way bacteria can do amazing things to plain old milk. Biological conversion uses biological processes to produce liquid and gaseous fuels. It can produce:

Anaerobic digestion is a process where bacteria break down manure, food wastes and other biosolids in the absence of oxygen. Some sewage treatment plants and livestock and dairy operations actually have anaerobic digesters in place produce renewable natural gas. It can also be captured at landfills containing solid waste.

Properly treated renewable natural gas, also called biogas or biomethane, is a more sustainable version of gas and can be used in place of fossil fuel natural gas (which is harmful to the planet).

Is biomass renewable or nonrenewable?

Biomass qualifies as renewable because it’s replaced naturally. That means it can be used repeatedly without running out. And it can be replaced relatively quickly without irrevocably depleting earth’s natural resources.

Because renewable energy comes from natural sources that can be consistently replenished, it’s often referred to as clean energy. But biomass is not necessarily the “cleanest” energy on the list of renewable energy options.

Wind power and solar energy are at the top of the cleanest list, while biomass falls several tiers below.

Biomass may seem like a wonderful idea down the line, but it’s actually being used right now. In fact, the first biomass gasification plant in the U.S. opened back in 1998. Located in Vermont, the Joseph C. McNeil Generating Station uses harvest waste and wood from below-quality trees to produce 50 megawatts of electricity.

Another biomass example comes from the Beijing Dequingyuan chicken farm, where three million chickens produce 220 tons of manure each day. Gasification technology is used to covert the manure into 14,600 megawatt-hours of electricity each year. To put that in context, one megawatt of electricity is enough to power between 400 and 900 homes for an entire year. Now reread the megawatts produced from the chicken farm. Whoa.

And the biomass doesn’t stop there. About 4.7% of the total U.S. primary energy consumption in 2020 was provided by biomass. The breakdown of biomass use is:

Yes, biomass energy is a safe form of energy. The pages and pages of government regulations make sure of that. But that doesn’t mean there aren’t a few downsides—especially when considering how clean biomass is (or isn’t).

Pollutants are probably the biggest potential issue. Burning biomass releases pollutants and particulates into the atmosphere, many of which are dreaded greenhouse gasses that contribute to global warming. If those pollutants are captured and recycled, the problem is mostly mitigated—but this isn’t always happening with today’s biomass plants.

Additional downsides of biomass don’t necessarily impact the safety aspect of biomass energy, but they can affect its overall feasibility and status as a “clean” energy source.

Biomass' future: Renewable, yes, but not yet truly a "clean" energy source

Whew. You’ve just absorbed a ton of information on biomass, an endeavor that will serve you greatly for years to come. That’s because biomass may very well have a solid place in the future of renewable energy.

While it’s true there are still several kinks that need ironing out, plenty of investigation and exploration is currently underway. One of the greatest kinks is the biomass carbon pollution issue. Biomass power plants in California currently release more carbon than coal while producing the same amount of electricity. And cutting down trees to produce biomass energy depletes forests, destroying habitats as well as the trees that reduce atmospheric carbon dioxide. Another key to making biomass work on the larger scale is to find a way to grow large quantities of biomass at low costs.

These are very legitimate concerns backed by data that say biomass is not as clean as some may lead you to believe. But that doesn’t mean it’s out of the running entirely. Like many of our current renewable energy sources, improved technological advancements and government incentives may lead to better biomass energy processing methods.

Those methods need to reduce emissions while increasing biomass energy’s standing in the clean energy hierarchy. Those advancements may not be that far off. After all, if chicken manure can be converted into 14,600 megawatt-hours of electricity every year, there may be no limits on what other incredible feats can be achieved.